We’ve just noticed that AC Milan’s pretty dreadful new gold third kit for next season has one redeeming a feature: a charming little pocket on the right breast… 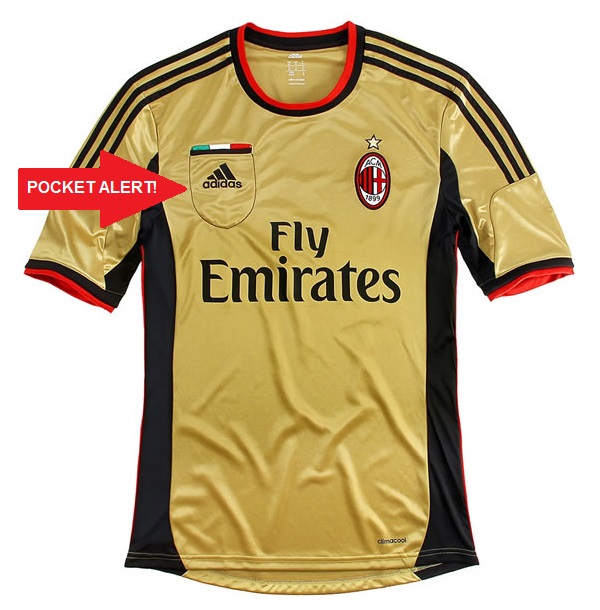 How charming! What are the players going to be keeping in there, we wonder? Philippe Mexes will obviously have an emergency hair scrunchie, Balotelli will have somewhere handy to keep his fags and Sulley Muntari will probably be wanting to keep whatever he’s using to repeatedly blackmail his way into Europe’s biggest clubs close to his chest.