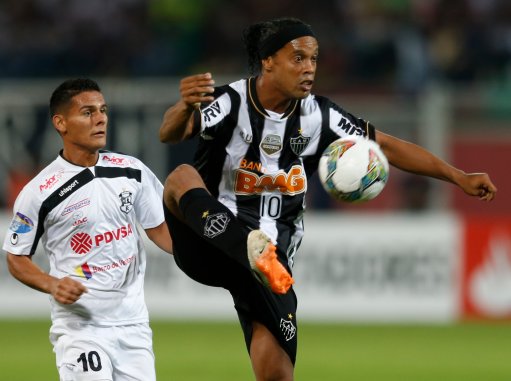 Despite missing out on a place in Phil Scolari’s squad, Ronaldinho is still hoping to make a bit of money out of the World Cup in his home country this summer by making his luxury home in Rio available to rent during the tournament.

Advertising the listing via his official Facebook page, Ronaldinho announced that his five-bedroom mansion in Barra da Tijuca (referred to as “#CasaR10”) will be available to rent for the princely sum of R$34,148 per night – roughly £9,120 of your English pounds – throughout the World Cup… 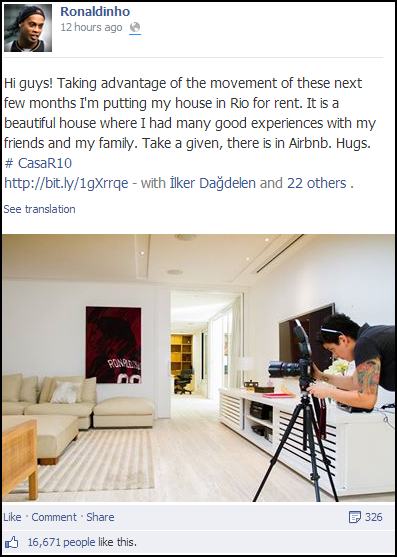 The full listing is viewable over on AirBNB.com, with the property website describing Ronaldinho’s home as a high standard house capable of sleeping eight, with guests having access to all of the owner’s amenities: sauna, spa pool, barbecue, home theatre, gourmet kitchen with balcony, cellar, special refrigerator for beer, fireplace, office, zen massage or yoga room, garage for 3 cars, and a “unique stage” for performing samba music on.

Unfortunately, Ronaldinho himself will not be there as he won’t be spending the World Cup in Rio as he now lives in Belo Horizonte.

We must admit: we’re tempted.