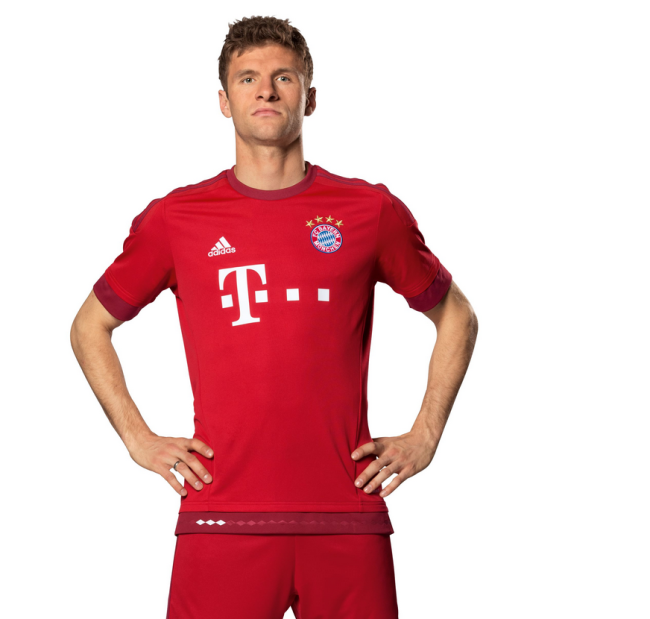 Muller kintyre, oh mist rolling in from the sea…

The timing’s a little unfortunate, but Bayern Munich have picked the day after being plopped out of the Champions League to officially roll out their brand new, all-red home strip for next season.

Red. Love. Passion. Those be the relevant, Adidas-appointed buzzwords.

In fact, Bayern actually played in their new togs last weekend, but the club have officially put their new strip of sale today with a raft of photos to accompany the news…