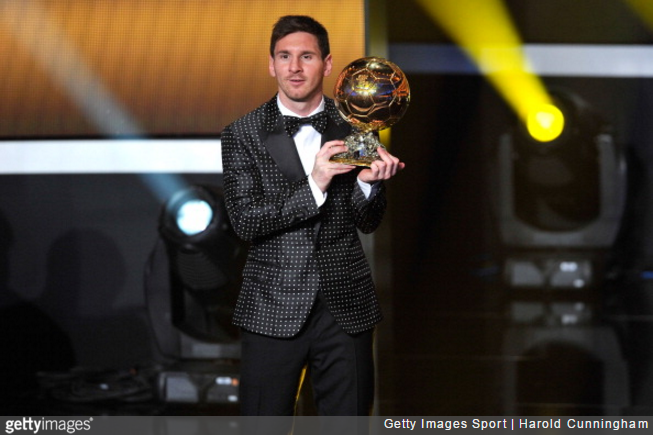 When arguably the best player ever to grace a football pitch wins an award that itself betters anything that has gone before, you’ll have to excuse us here at Pies for taking our gaze off the domestic game for just a moment to take heed.

The year previous he had scored an incredible 91 goals for Barca and Argentina combined, an outrageous feat that saw him take 41.9% majority of the 2012 Ballon d’Or vote. Messi’s erstwhile sparring partner Cristiano Ronaldo came second with 23.68%. Andres Iniesta was third with 10.91%.

By winning four years on the trot, Leo went one better than European elites Johan Cruyff, Michel Platini and Marco van Basten – all more than a bit useful during their respective salad days.

All in all, it was an incredible night in Zurich, but for one thing.