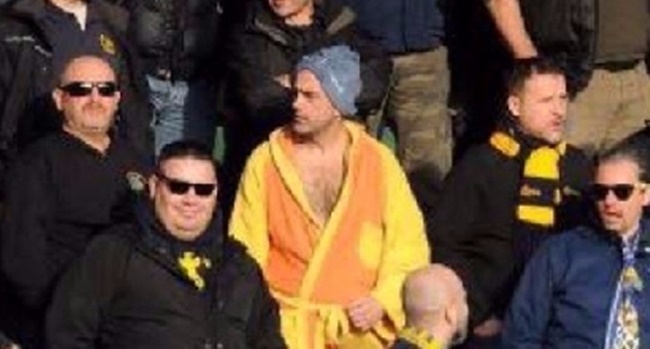 Proving that the Italian footballing authorities are just as joyless as their English counterparts, one Hellas Verona fan has been handed a banning order for having the gall to wear his dressing gown to a match.

The supporter attended Verona’s away game against Avellino on 11th February while wearing a gown, his swimming cap and trunks and a pair of flip-flops.

According to Mediaset, he has since been issued with a DASPO (effectively a country-wide stadium ban), meaning he will no longer be able to follow his side on their travels.

However, before you go getting sympathetic, be aware that we’re not talking about this deranged reprobate’s first offence here.

Indeed, the DASPO was issued on the basis that the fan previously turned up to January’s home tie against Salernitana wearing a full ski outfit!

Verona fan gets banning order for going to Avellino game in a dressing gown. Turned up for Salernitana game in ski gear pic.twitter.com/50aVkQmBCM