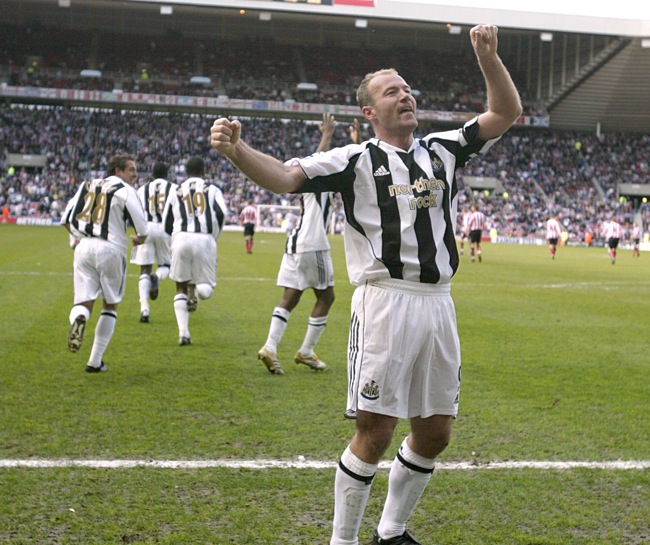 HulioGeordio’s fav Newcastle kit, as worn by Alan Shearer and co. at the Stadium of Light in 2006

Deciding your favourite football kit should be an easy task. I mean, it’s not like trying to decide your favourite goal – there are factors which influence a favourite goal which should come nowhere near to something as relatively less significant as a kit. As long as the colours are right – in my case staunchly black and white – then in theory I’m not particularly fussed. But then you start to think about it and nostalgia is invoked. There was the shirt of the ’93 promotion season – my earliest memories of Newcastle, the dreamy days sitting on the front of a near unstoppable juggernaught watching Cole and Beardsley torture defences on a weekly basis.

Then the delight of the 1995-97 offering – worn with a gleaming smile by Les Ferdinand – and the only shirt to my recollection on which a granddad collar has looked stylish.

In recent memory the Newcastle home kits seemed to almost dictate the fortunes of the team – such as the Teflon-coated, shinier-than-a-black-eye-from-Mike Tyson offering of the 1997-99 seasons, complete with extra baggy arms and a blank immovable shield on the back. 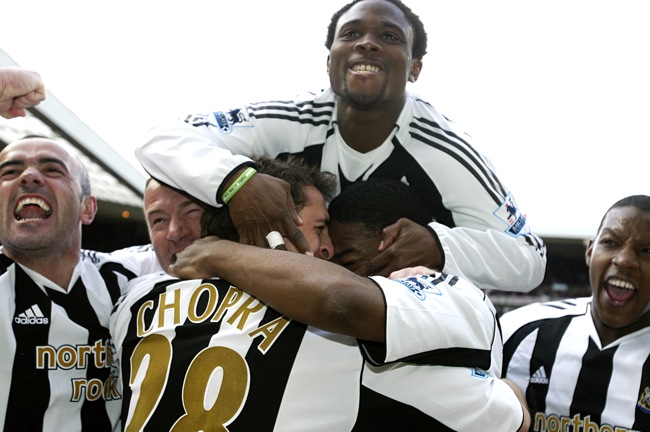 The worst by far in recent memory had to be the shirt that befouled the seasons between 2005-07. The awful v-neck and v-ended sleeve combination with random piping was truly atrocious – and it was bad enough without being worn by the likes of Jean-Alain Boumsong and Titus Bramble. However, this was also the strip worn in my fondest of memories: our 4-1 demolition of Sunderland at the Stadium of Light in April 2006 (see photos). It may have been a travesty of clothing design but the memory of Alan Shearer smashing in his final goal in a thrashing of our deadliest rivals vastly outweighs anything Adidas’s designers could throw at us, and for that reason alone (it has nothing to do with aesthetics), it is my favourite ever football shirt.