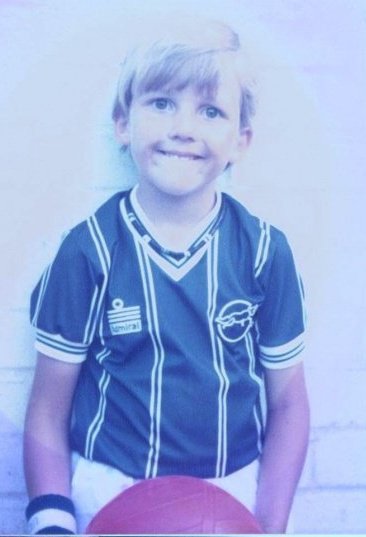 The author in his fav kit

It was 1984 and we had gone away for a family weekend down to Cornwall. Another family stopped, looked at what I was wearing and the dad said, “Nice shirt son” – I smiled as wide as the trip from Leicester to Cornwall was long; I felt so proud.

At the age of six that was my first ever Leicester kit and I loved it. In fact I still have it, ready for when my boy is old enough to sport it (I hope he likes retro!). I remember proudly walking down to Filbert Street in my new shirt and my dad explaining that the white stripes that parted the royal blue were in fact “pinstripes”. As I soaked up the intoxicating romance and glamour of match days I would touch the newly designed fox on the club badge and imagine walking out onto the pitch clutching a Mitre Delta and leading my team to glory. I felt amazing, like Lineker, Lynex, Ian Banks and Ramsey all in one – I was one of them. 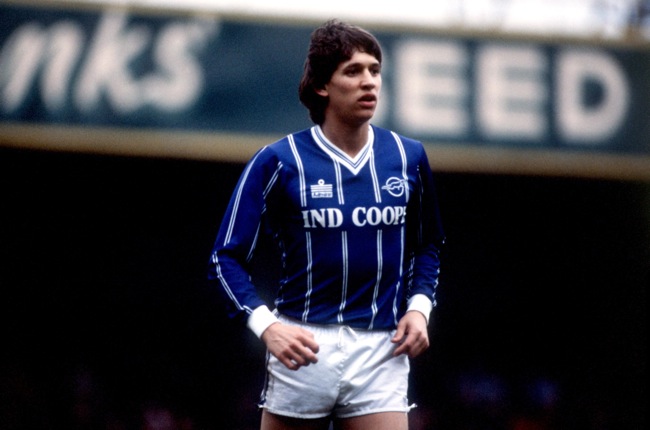 The shirt, made by Admiral, was worn for two years and looking back, quite rightly used in our centenary year in 1984. The collars and cuffs were a ridged white material and had two complimenting blue stripes on them, the collar the same but v-necked. This made the shirts slightly itchy, but to be honest I didn’t care. One thing missing on the replicas was the IND COOPE sponsor. I wanted that on mine but I was 20 years too early for blatant branding exercises.

The white shorts were manufactured using some sort of manmade material, almost shiny. They had a three-inch cotton panel sewn into each side of them and these too had the stripes. An Admiral badge sat just above my knee – as my shorts were too big – but on my heroes, the thigh. The socks I favoured over the shorts. They were all white and looked so good against a black boot. The blue pinstripes made their home at the top of stocking and the kit was complete. Quite simply it was a work of art.

I loved this kit; it was my pride and joy. In five years’ time my son will be old enough to fit into my old shirt should I, er, he choose to. In the mean time I’m off to book the holiday to Cornwall. 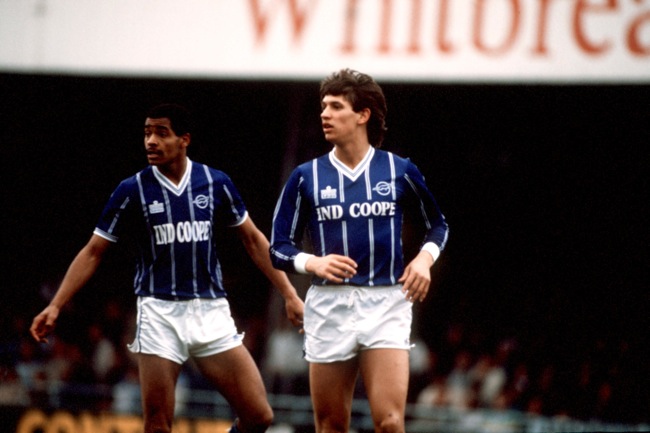 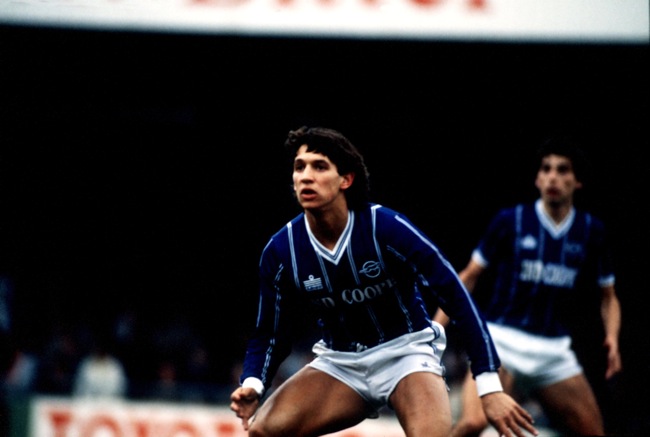 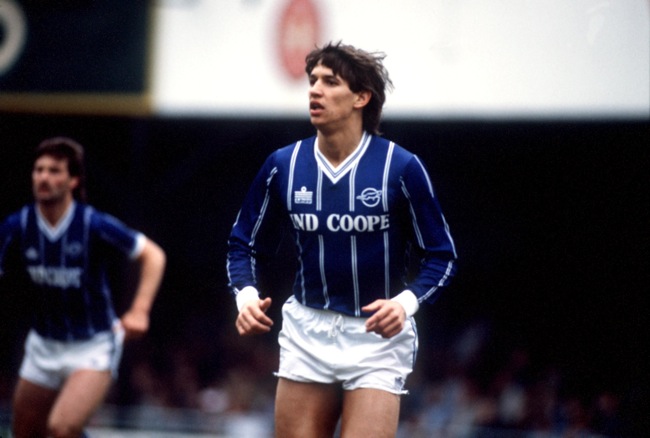 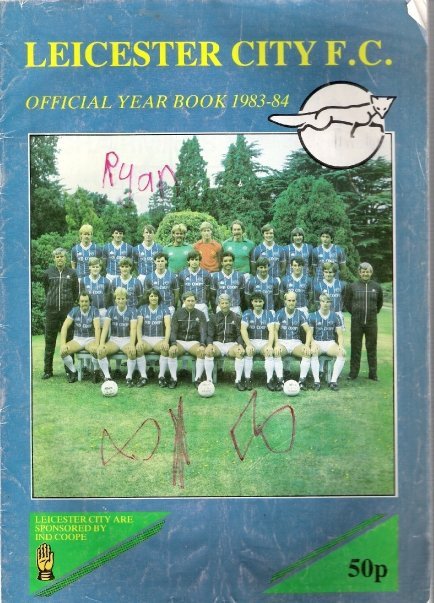