The home of Unione Sportiva Citta di Palermo is a city of contradiction. Sicily’s capital is a beautiful, tourist hotspot infused with a rich cultural history and renown for superb cuisine. Yet its sun-bleached streets are stained by the violence of Cosa Nostra, the original rugged, version of the mafia – not the knock-off Hollywood imitation you find in America.

So where else would you expect to find a team playing in pink?

Palermo are unique among European teams for their choice of colours, which were perversely inspired by the inconsistent nature of the club’s results, and but for a few years under Mussolini have been worn since 1907.

Following three decades in the wilderness of Italy’s lower divisions, the rosanero are a growing force in Serie A and are regularly knocking on the door of the Champions League. Over the last few seasons Palermo fans have proudly sported pink around Europe in several Uefa Cup adventures.

It’s hard to choose a favourite kit when it has changed so little over the years, but the 2005-06 home strip is a vintage. It keeps the black to a minimum on the shirt but this is offset by all-black shorts and socks: 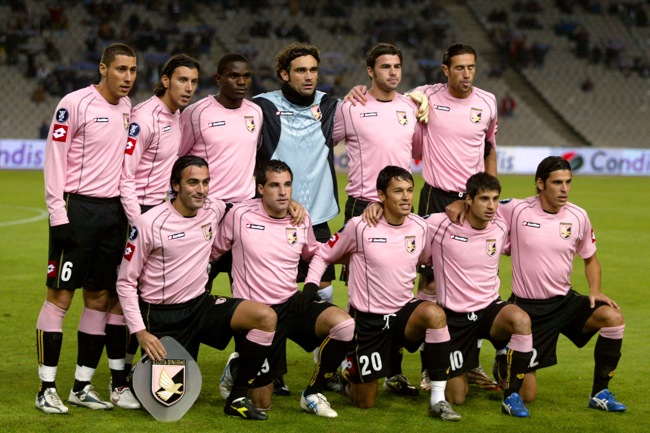 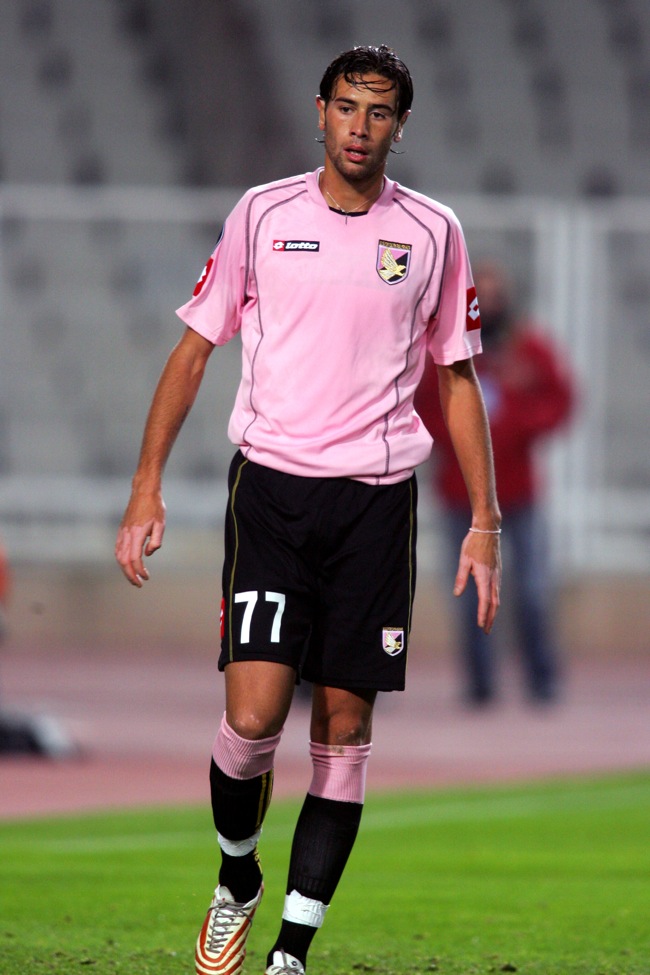 It’s also the shirt worn during the club’s best campaign to date. They finished fifth in the league, reached the Coppa Italia semis and the Uefa Cup round of 16. The imperious Fabio Grosso crowned the season – his last at the club – by scoring the winning penalty in the World Cup final while still a Palermo player.

No doubt Alan Shearer and his snood-phobic golfing buddies would want to ‘stick one on’ anyone who tried to wear a pink kit near them, but a word to the wise – Palermo ultras are no pushovers. Their clash with local rivals Catania in 2007 lead to the death of a policeman and the suspension of the league for a fortnight. 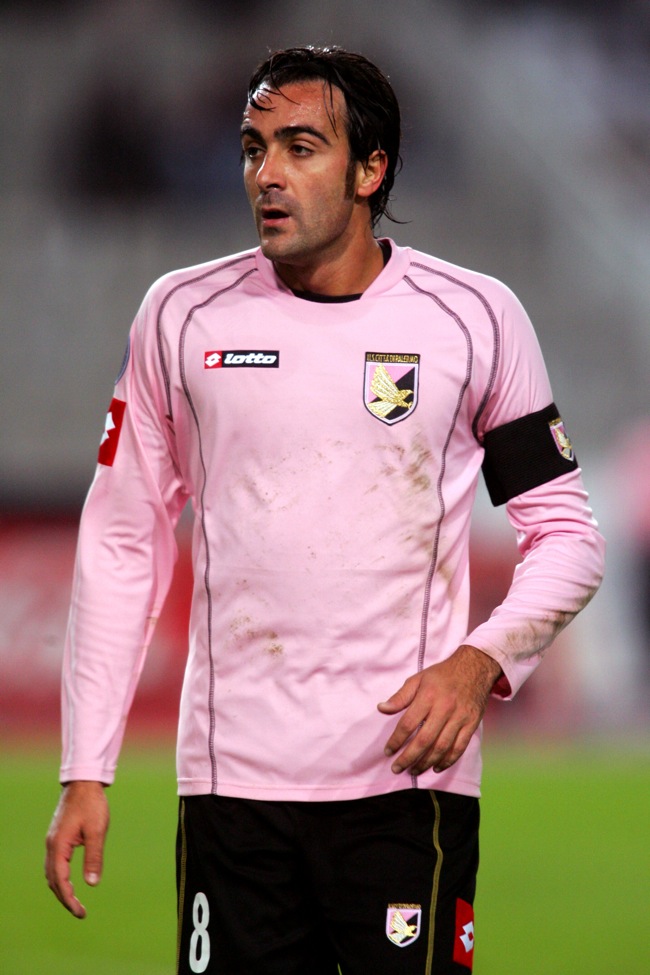 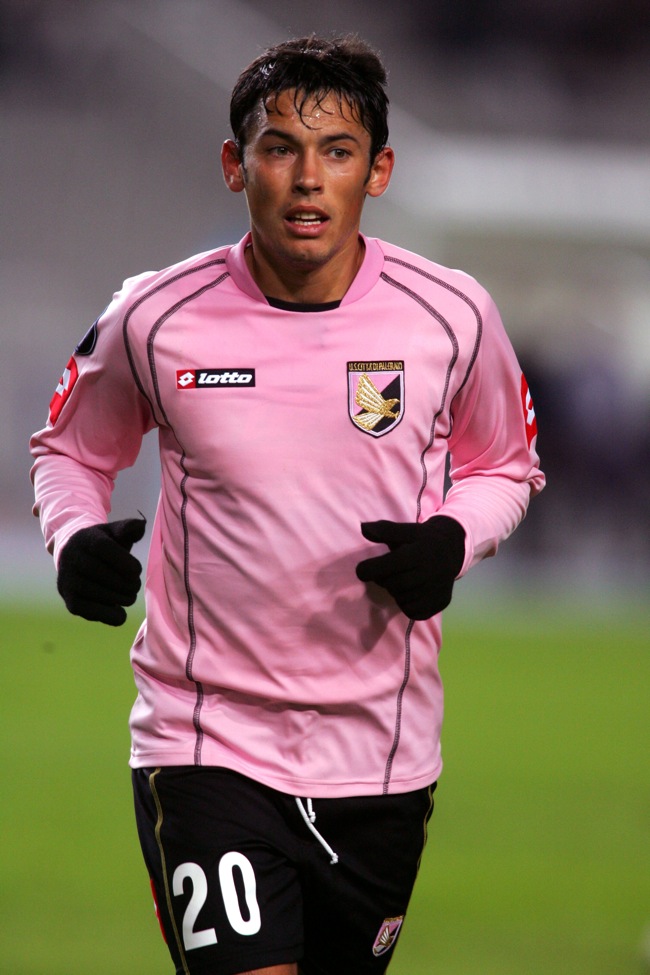 Like the town itself, Palermo’s kit is a contradiction – beautiful with a hard edge. It unashamedly says: “Laugh at us all you want, but you’ll end up sleeping with the fishes if you do.”

Roger blogs at Who Ate All The Goals (no relation!)