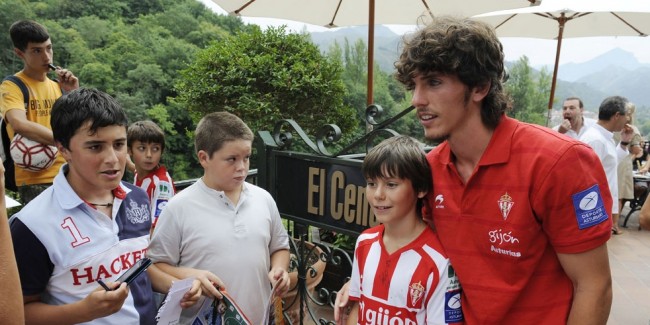 While the young people of Spain continue to protest on the streets against the country’s manifest political corruption, Sporting Gijon defender Javi Poves has taken a moral stand – turning his back on the club and quitting football altogether aged 24, after spending too long in direct contact with the game’s grubby underbelly.

“The more you know about football the more you realise it is all about money, that it is rotten and this takes away your enthusiasm. What point is there is earning €800 or €1,000 if you know that you are obtaining it through the suffering of many people.

“I don’t want to become an icon, I am just one more and I fight against inequality. I want everyone to be equal and that we all unite and stop arguing over trivial matters and try to move forward. As it stands the world is preparing to destroy itself.

“There are certain personalities at a world level, Pele, Ronaldinho, Messi who are ambassadors for UNICEF and who on the face of it are very good, but they could do much more” he added.

“These people have such influence they should involve themselves in a much more direct way.”

El Pais are also reporting that Poves (who has vowed to return to education and ‘offer his help socially’) refused to allow Gijon to pay him the rest of his wages via bank transfer after stating that he wouldn’t allow the Spanish banks to ‘speculate with his money’ and that he also returned the keys to a car that had been provided to him through the club’s sponsors.

Take that ‘The Man’.