We’re but a day and a smidge from the kick-off of the 2013/14 Premier League season so we thought it was high time we did our annual “balls out of the bath” thing and make a few predicitons, ten in fact, vis-a-vis what we think the new term has in store for us.

Let’s get stuck in shall we? 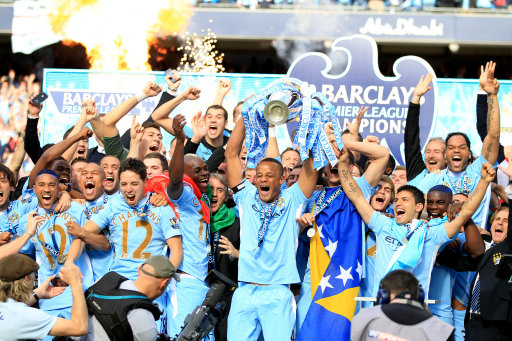 1. Manchester City will win the title: Nobody has strengthened their squad as impressively as City. Yes, you can argue that all their embellishments have been made in the attacking department leaving the defensive ranks looking a little paltry by comparison, but an injection of fresh creative impetus is exactly what the squad needed after gradually stagnating under Roberto Mancini’s cautious approach.

2. The top four will be: City, Chelsea, Manchester United, Arsenal. In that order. Boom! Deal with it, suckers. 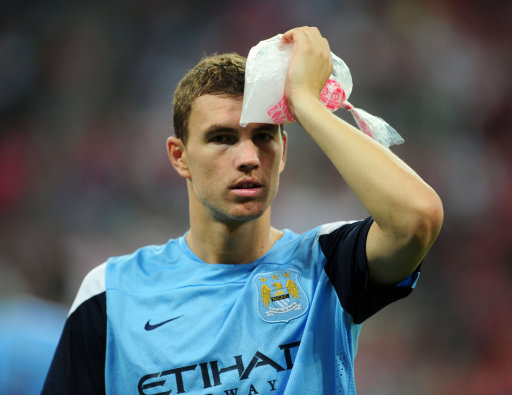 Dzek yourself before you wreck yourself 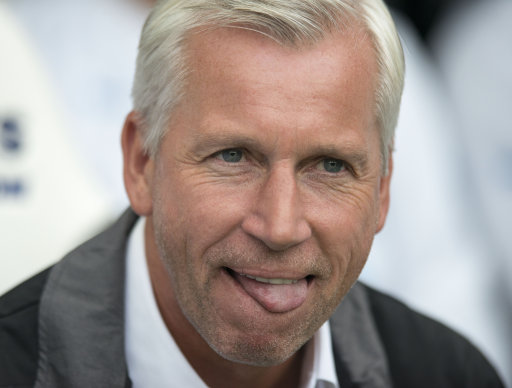 4. First managerial casualty will be: Our instinctive reaction would be Paolo Di Canio, but we’re opting for Alan Pardew instead. We know he’s signed up on a contract until Kingdom Come, but if Newcastle are anywhere close to being as woeful as they were last season then Monsieur Pardeaux will be sur la porte quicker than you can say “Je voudrais acheter un petit poney et le feu il d’un canon dans la mer”. 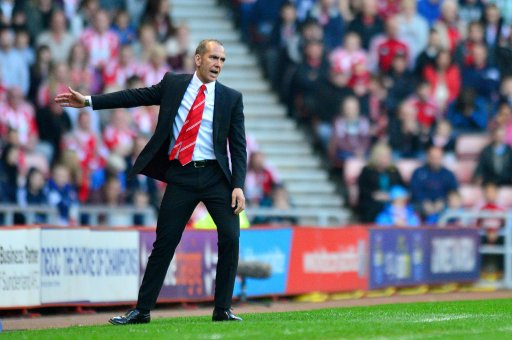 Not a clue, not a bloody clue

5. Sunderland will tank: Apologies where due, but we just don’t buy Di Canio as a credible Premier League manager. His frothing gesticulation and unintelligible passion might fly in the lower leagues and in local derbies but you need a bit of shrewd, calculated tactical nous to cut it at the top table. Add in that he appears to have overseen some real “chaff” purchases this summer and all-in-all, the Black Cats ain’t lookin’ too hot. 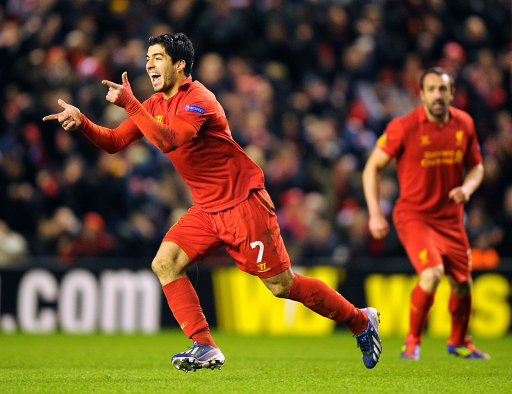 6. Luis Suarez will be gone by January at the latest: Let’s face it; he really, really doesn’t want to be stuck at Liverpool next season. If by some miracle, Brendan Rodgers manages to keep him penned in a corner at Melwood until midnight on September 2nd, then you can bet your bottom dollar that old mopey chops will be gone at first light on January 1st. 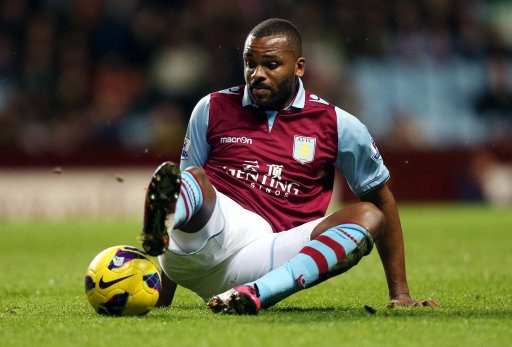 “Let’s see if I remember how to do this”

7. Darren Bent is going to be the best price-to-points Fantasy League player: Big call, but if he joins Fulham on loan (which is apparently in the offing as we speak) as planned, you can almost hang your hat on Bent rejuvenating his Premier League scoring touch at The Cottage. He’ll presumably have a million or two knocked off his price too given his fallow year at Villa last term. 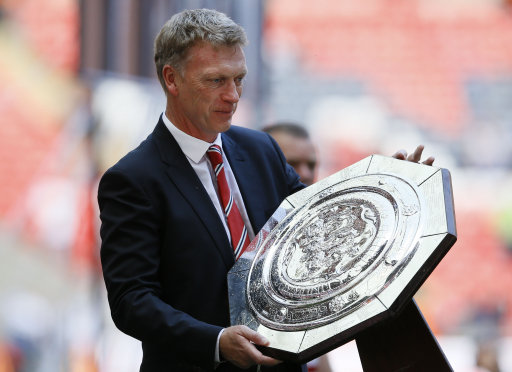 8. Manchester United will wobble in their first post-Fergie season: It’s hardly a ground-breaking opinion we know, but we’re firmly of the mind that United will struggle – in a relative sense, i.e, finish third and maybe get knocked out of the cups early, etc – to make progress next season, partly due to the fact that the squad hasn’t been improved at all so far this summer (we know it’s well-trodden, but that midfield sure looks shonkier and shonkier) and partly due to the fact that Moyes will be still getting used to operating under a constant spectre that is far bigger than he’ll ever be. 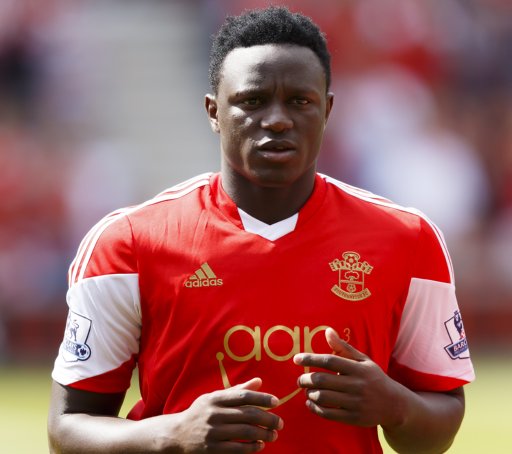 You say tomato, we say Wanyama

9. Southampton will finish comfortably in the top half: The Saints have spent a lot of money on just two players this summer (Dejan Lovren and Victor Wanyama) but in the process they’ve also managed to snare two players that we apparently being touted by club’s far more fashionable and less colloquial than themselves – indicative of their subtle, under-the-radar rise in stature.

We’re probably/definitely getting a little ahead of ourselves bandying a Europa League finish about, but we expect the Saints to finish comfortably in the top half: somewhere around about those 8th-6th-place spots. 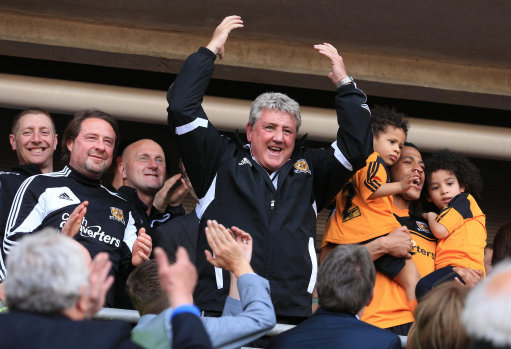 “All aboard the Hull train! Stopping at every station on the way to relegation!”

10. The relegation triumvirate will be: Hull City, Crystal Palace and…dum dum dum…Cardiff City. Yep. All three Championship-quality teams will be returning from whence they came post haste. However, don’t rule out Sunderland. Did we mention we’ve got a real bad feeling about Sunderland?!

So, there you go my good people. Feel free to rate ’em and slate ’em as you see fit. Also, hast thou any fearless predictions of your own you’d care to share with the group? Fire away…