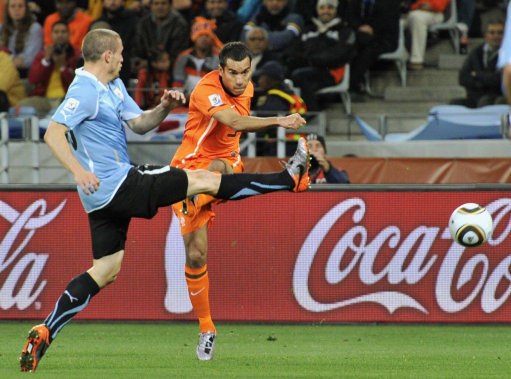 Giovanni van Bronckhorst captained Holland throughout their run at the 2010 World Cup in South Africa, receiving an election into the Order of Orange-Nassau and letters after his name for his troubles, with the highlight of the veteran left-back’s tournament undoubtedly being his outrageous goal to open the scoring against Uruguay in the semi-finals – the penultimate game of his professional career (the less said about his final game, the better).

With just 18 minutes played, the ball wound up at Van Bronckhorst’s feet in a seemingly fairly innocuous position some 40 yards out from goal over on the left-hand side.

With everybody expecting a deep cross to be delivered as Gio wound up, it was at this point that the then-35-year-old unleashed an absolute Exocet of a shot past Fernando Muslera to put Holland 1-0 up, leaving the Uruguayan ‘keeper nursing a pair of lightly scorched gloves in the process… 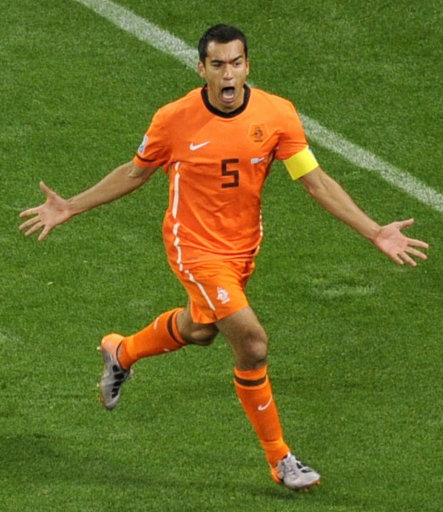