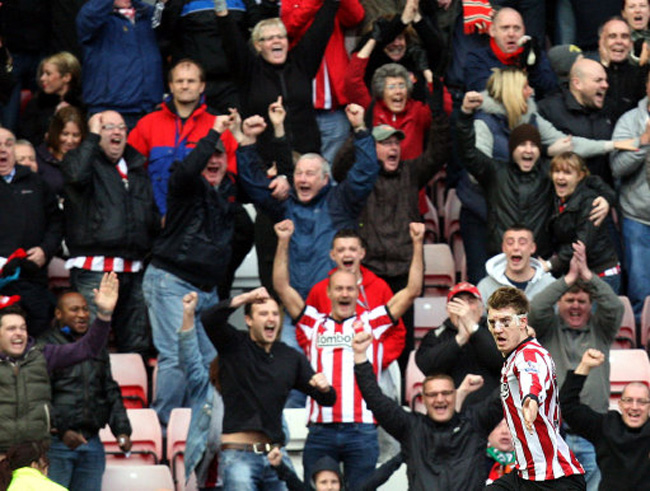 They may have collected some silverware this season, courtesy of a hard-fought Carling Cup victory over Cardiff, but overall, this season has been a bit of a damp squib for Kenny Dalglish’s Liverpool side. Indeed, the Reds have now enjoyed just one win in their last eight league fixtures.

At the Stadium of Light on Saturday, the visitors produced another mediocre display, with ex-Black Cat Jordan Henderson once again failing to live up to his £20million transfer fee. Indeed, Liverpool failed to create much against a well-organised and disciplined Sunderland side.

The first half produced little in the way of goalmouth action, but only 11 minutes into the second-half, the Black Cats broke the deadlock after a Frazier Campbell effort had hit the post, rebounded back off ‘keeper Pepe Reina and then hit the post again, before Nicklas Bendtner fired home from close range.

Dalglish sent on £35million flop Andy Carroll, along with Steven Gerrard, but the visitors couldn’t break down the home side, who deserved to take all three points.

Liverpool now find themselves 10 points short of the top four, while Martin O’Neill’s Black Cats move to within two points of the Merseysiders.