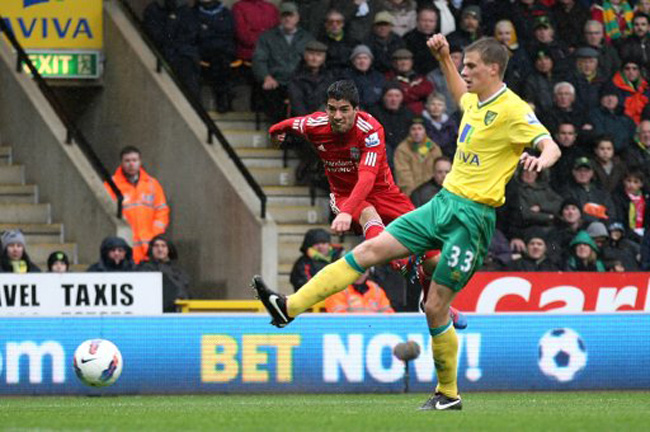 This season, Uruguyan hitman Luis Suarez has been in the headlines for all the wrong reasons. However, against a disappointing Norwich City side on Saturday, he produced a virtuoso performance topped off with a superb long-range chip.

The former Ajax man was the perfect attacking foil for Steven Gerrard’s midfield prompting and the Reds were already 2-0 up at half-time, courtesy of a couple of fine strikers from Suarez.

However, after the break, the striker produced a superb long-range chip, which caught out Canaries’ ‘keeper Jon Ruddy from around 45 yards, and completed his magnificent hat-trick.

Norwich contributed little to the fixture but Paul Lambert and co will be pleased with their first season back in the top tier. As for the Reds, they stay eighth, but will be full of confidence ahead of next weekend’s Cup Final.