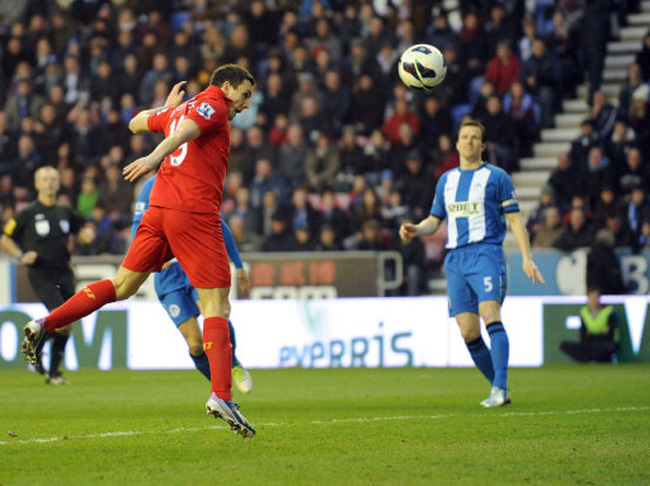 A superb performance from Luis Suarez, culminating in the Uruguayan netting a hat-trick, secured a very comfortable 4-0 win away at the DW Stadium.

Stewart Downing was the rather unlikely first scorer for the visitors, heading home after just two minutes following great play from new-boy Philippe Coutinho. The Brazilian schemer was the provider again on 18 minutes, setting up Suarez with a superb pass.

The Wigan backline was all over the place throughout game, with Suarez making the most of the lack of organisation with two more goals, on 34 and 49 minutes.

At the other end pf the pitch, Pepe Reina was forced into a number of good saves in the first-half. However overall, the Reds were by far the better side.

The win sees Liverpool move up to seventh place while Roberto Martinez’s charges are now only above the relegation zone thanks to goal difference.

As for Suarez, one wonders for how much longer he’ll stay at Anfield, particularly when Europe’s big guns (inevitably) come calling.