Hats off to Warrior, who have really gone all out to saddle Liverpool with a range of dreadful kits for next season.

With ‘Pool’s nasty away kit already unveiled, photos have now leaked of what is now officially thought to be the club’s third strip for 2013/14 and, yes, it’s the utterly gruesome black/white/purple angular design that has been floating around for the past month or so.

It was thought that the design was so tacky that it couldn’t possibly be kosher, but a promo shot has been leaked and it appears that Liverpool will actually be wearing this mess as of next term.. 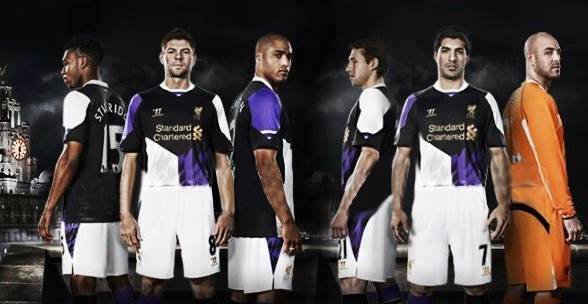 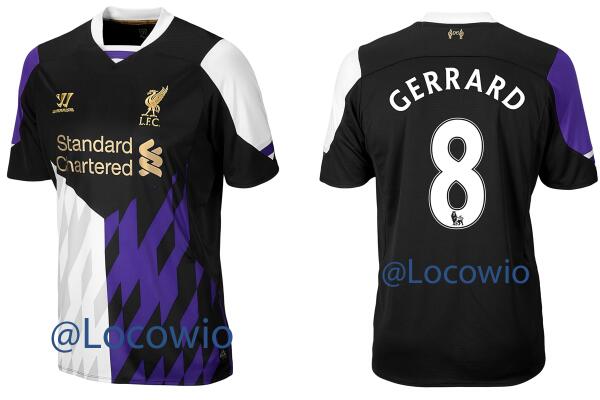 When you can’t decide if it’s an improvement on last year’s “purple, mustard and tribal tattoos” third strip or not, you know you’re in a bad way… 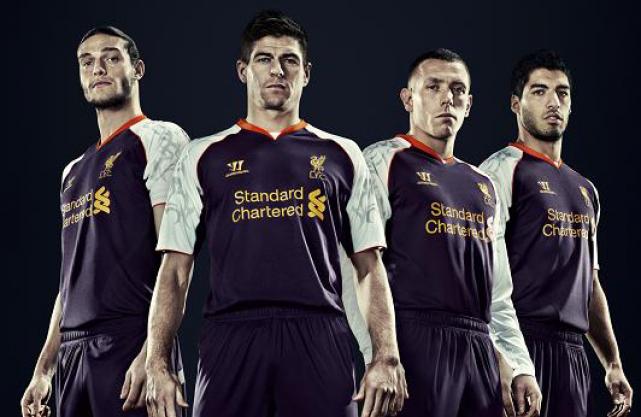