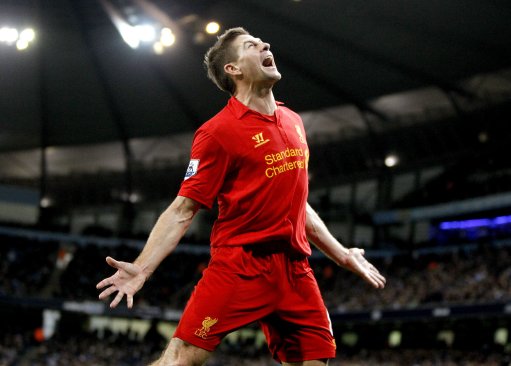 As you’ve no doubt heard, Steven Gerrard has announced that this current season will be his last with Liverpool, the one and only club he has represented in his 16 years as a professional footballer.

After several months of contract wrangling and discussions about his future role at Anfield, Gerrard went public shortly before close of play last night to confirm that he will no be renewing his deal when it expires this coming summer – leaving him free to negotiate pre-contract terms with interested parties as of now.

“This has been the toughest decision of my life, one both me and my family have agonised over for a good deal of time,” an emotional Gerrard told BBC Sport.

The outgoing Reds skipper also confirmed that he would not be signing for a potential rival as he could “never contemplate” facing Liverpool.

Brendan Rodgers has already said that the word “legend” doesn’t really do Gerrard justice and, at least as far as Liverpool themselves are concerned, we’re inclined to agree. 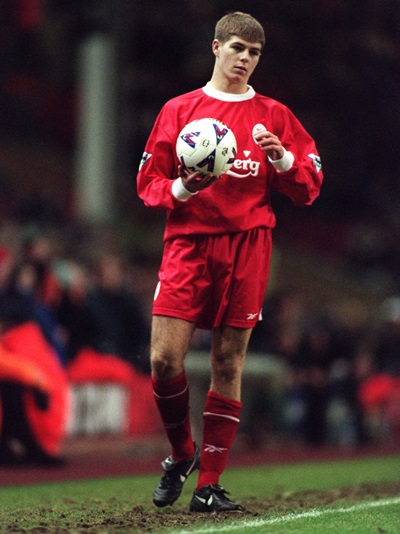 Milestones, stats, trophy hauls and influence aside, Gerrard is Liverpool – or at least the Liverpool of the last decade or so.

That goal against Olympiakos; that goal against West Ham; the countless others like them; all the times he’s carried them single-handedly, rescued them from the brink; even the infamous slip: Gerrard’s been the one constant in an era of rarefied peaks and mundane troughs for Liverpool Football Club.

The guy’s an icon, there’s no two ways about it.

He’s been there for the last 26 – twenty six! – years; since the age of eight! It’s all he and we have ever known.

Indeed, Pies are not Liverpool sympathists by any stretch of the imagination but even so, there’s going to be a weird feeling in the pit of our stomach the first time we see him wearing another club’s shirt.