As dug up by the Daily Mail this morning, here’s what Liverpool’s weekly wage bill looked like circa 1960 – the last year the FA enforced their maximum wage cap.

Future World Cup-winner Roger Hunt is on £22-a-week (around £450) while manager Bill Shankly isn’t listed – though his understudies Joe Fagan and Bob Paisley are both included at the foot of the list. 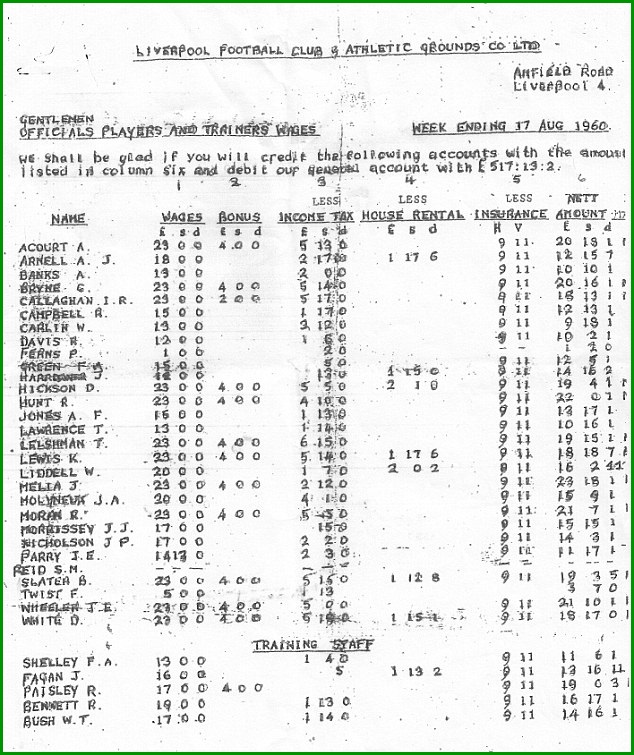 It’s perhaps worth mentioning that Liverpool were a Second Division club in 1960/61, with the average UK weekly wage hovering at about £10 at the time.