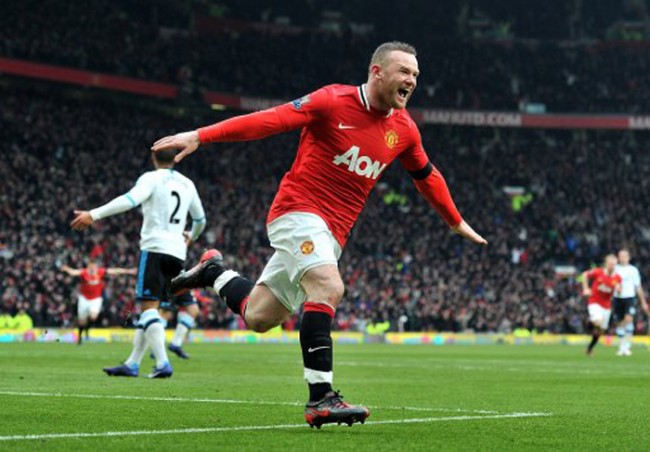 The Evra/Suarez circus which preceeded the game before, once again, polluting the proceedings throughout the 90 minutes and beyond, has already been well covered by Pies, so I’ll focus on the football.

Wayne Rooney proved to be the match-winner for United, with his three-minute two-goal salvo early in the second-half earning his side a vital three points in the title race. Liverpool did get one back through a certain Mr Suarez on 80 minutes and could have had another, with the Uruguayan heading over from close-range.

However, overall, the Red Devils deserved the three points, with Antonio Valencia impressing once again down the right and Danny Welbeck proving a willing partner to Rooney up front. As for Liverpool, their five-man midfield failed to spark, with Jordan Hendersen missing-in-action and Steven Gerrard failing to get a hold of the game. With Craig Bellamy starting on the bench, the visitors were in need of some genuine pace up front, with Rio Ferdinand and Jonny Evans looking somewhat vulnerable in the centre of United’s defence.

Ultimately, it was Rooney’s brace (he could’ve had a hat-trick too) that would prove decisive in a game which will be remembered for all the wrong reasons.