Barcelona may have had a naff old season by their standards, but there are at least a few crumbs of comfort to nibble on elsewhere as the Catalans have successfully defended their crown as the highest-paying sports team in the world.

Barca’s £101,600 average weekly wage is still the highest paid to its players by any sports team on the surface of Planet Earth – though, of course, we can’t speak on behalf of any of the subterranean clubs, e.g, Morlock Wanderers and Legia C.H.U.D.

Such is their wont, global moneyhawks Sporting Intelligence have analysed the wage bills of 278 teams across ten countries and seven different sports and found that Barca players are by far and away sport’s highest earners – raking in an average of £5.4 million a year. 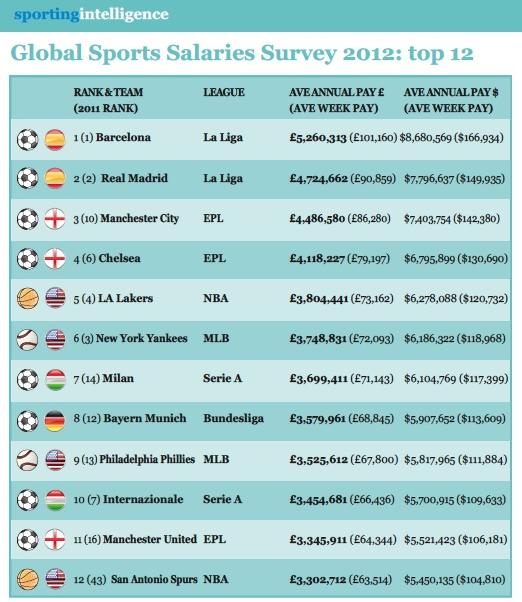 Would you be surprised to see Man City top of that particular pile come this time next year? Nope, us neither.