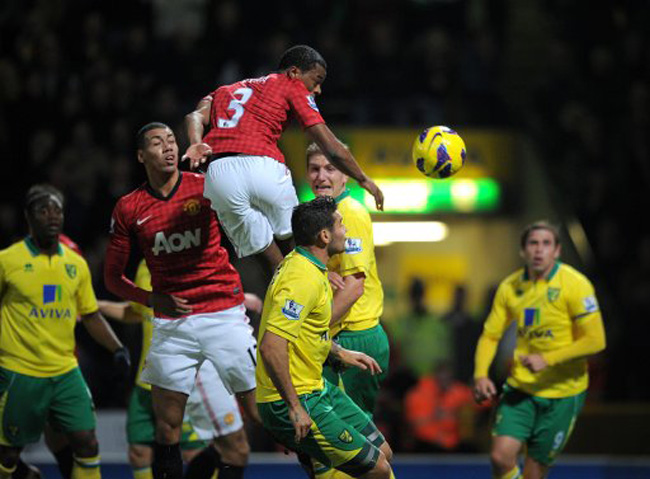 As an Irishman myself, I’ve always hoped that wideman Anthony Pilkington would choose to line out for the Republic of Ireland rather than England. Despite making one appearance for the Irish U21s, the 24-year-old is yet to cement his allegiance to the Boys in Green, but (courtesy of a Dublin granny), he would surely be a decent addition to the struggling Irish. And yes, he’d probably never get near Roy Hodgson’s side if he did decide to opt for the Three Lions. Anyway, enough of all that meandering waffle –  in Saturday’s late game at Carrow Road, it was the man in question’s deft header on the hour-mark which would seal a famous victory for the Canaries against the mighty Man U.

The Red Devils failed to really fire all afternoon, with the defensive pairing of Sebastien Bassong and Michael Turner dealing with Robin Van Persie and Javier Hernandez all game while behind them, goalkeeper John Ruddy was in fine form for the Canaries.

With little creativity on show, United can have little complaint about the result, which sees them now one point behind City. As for Chris Hughton and Norwich, they move up to 13th as their season looks to have well and truly ignited.

C’mon Pilko, do it for your granny in Dublin.