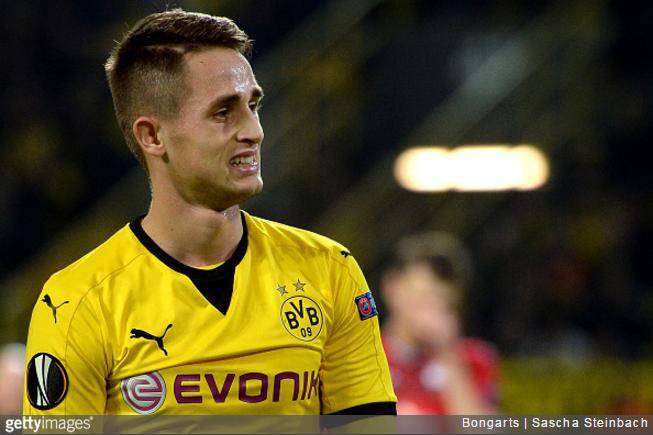 Manchester United have confirmed that Adnan Januzaj has been recalled from his season-long loan at Borussia Dortmund after the spindly winger failed to make any sort of concerted impact at the Bundesliga club.

Januzaj was recently informed by coach Thomas Tuchel that he would be surplus to requirements for the second half of the season after making a paltry total of six appearances for Dortmund (including a grand total of zero league starts) and spending just 165 minutes on the pitch in his first five months at Signal Iduna Park.

As such, the young Belgian international was stowed on the first plane back to Manchester…

The form he’s been in for the past 18 months, Januzaj would struggle to make an impact on freshly driven snow.

Anybody foreseeing anything other than a Federico Macheda-style fade for the one-time boy wonder?