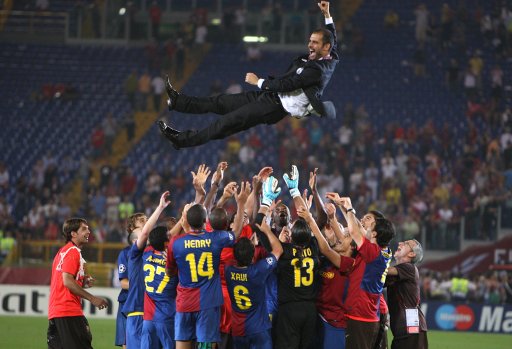 Barcelona coach Pep Guardiola has begun the now customary charm offensive, instantly familiar to fans of Arsenal and Liverpool, admitting his keen admiration for Wayne Rooney – who you may have seen isn’t particularly keen to stay at Old Trafford anymore.

Guardiola is quoted in The Sun this morning as saying:

He is one of the greatest players in the world as there are very few players with his qualities. He’s a player I admire very much.

Of course, it is also being mooted that Barca are planning a fairly paltry £25 million January bid for Rooney, chiefly to test United’s resolve in holding onto their unmotivated asset.

You’ve got to admit, the Catalans are nothing if not consistent scheisters.