Manchester United midfielder Darron Gibson joined the Twittersphere yesterday, before having to close down his account due to the near-constant stream of haranguing and abuse he suffered from his own fans during the 97 minutes that it was online. 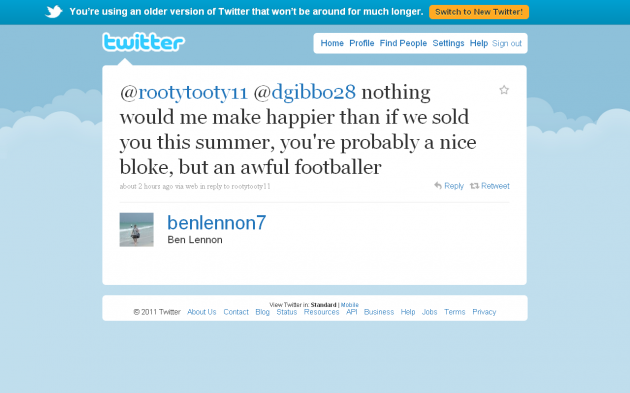 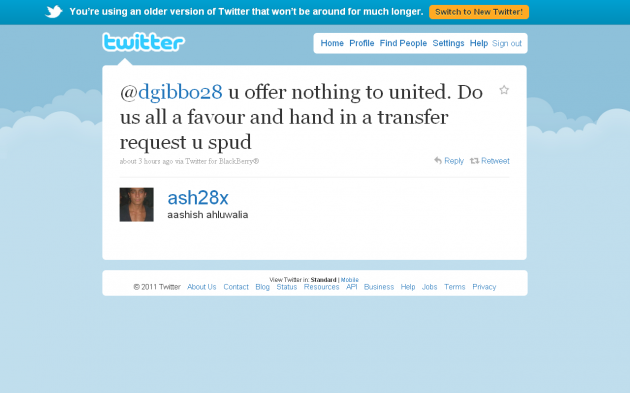 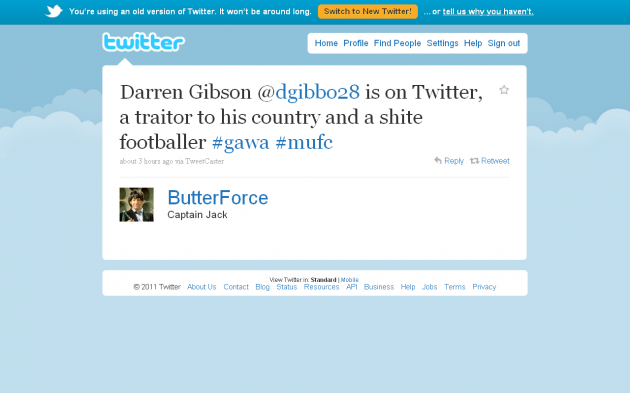 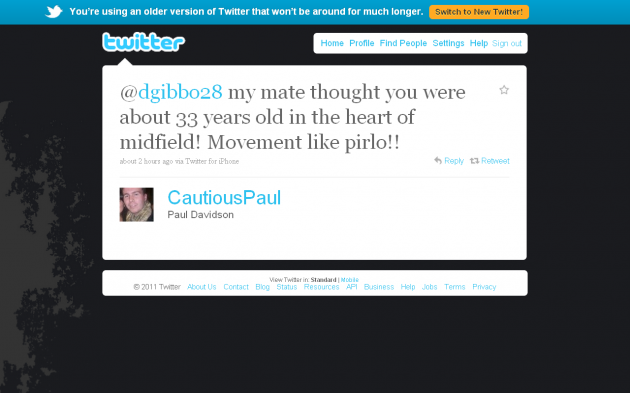 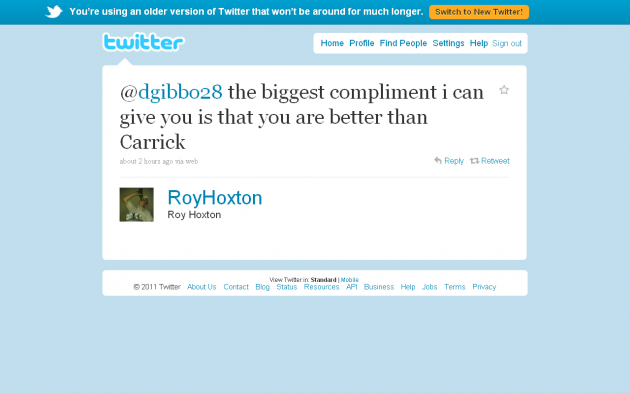 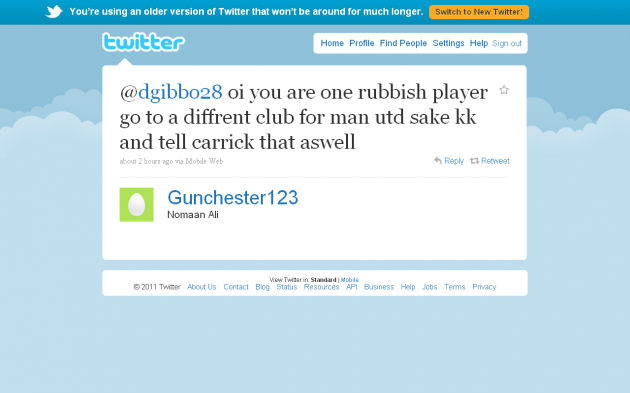 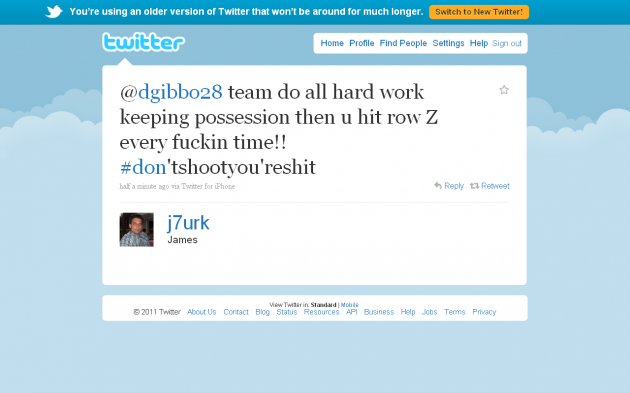 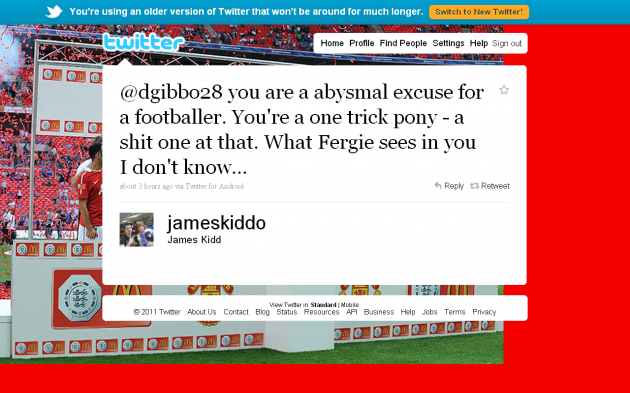 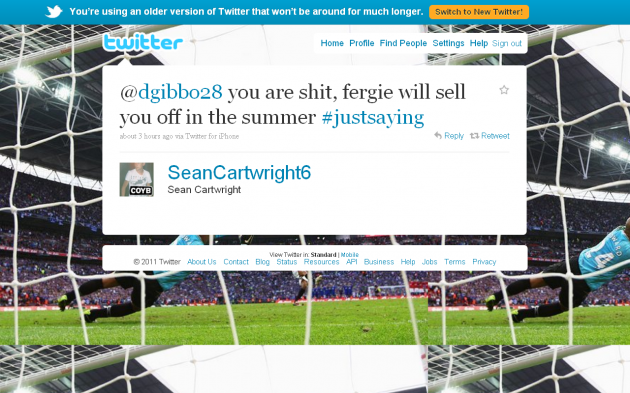 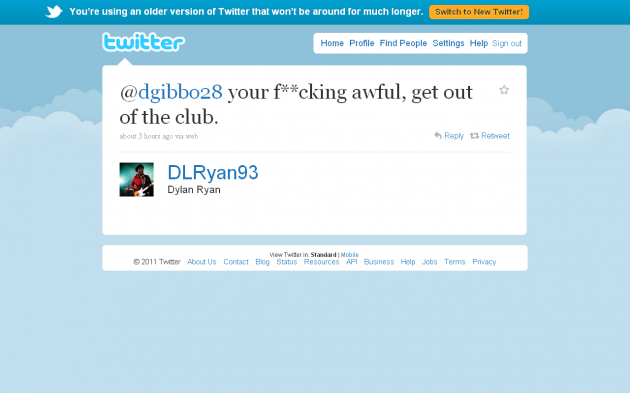 I can just picture the scene:

UPDATE: According to Rio Ferdinand, Gibson only signed up to Twitter to ‘see what the rest of the (United) lads were doing’ and deleted the account because ‘he couldn’t be bothered with it’.