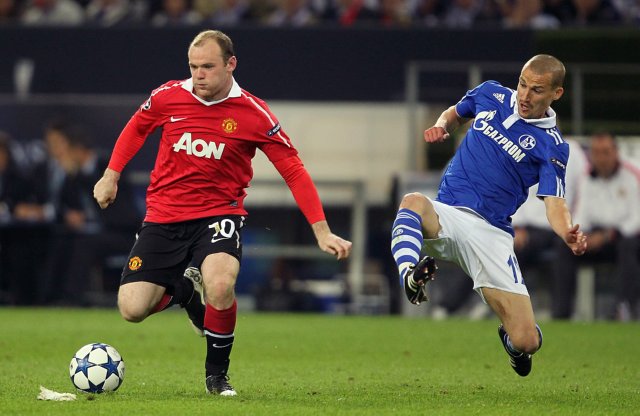 Up by two goals to zip and having bossed the first leg from the off, good old Occam and his razor would be quite rightly suggesting that Manchester United already have one foot in their third Champions League final in four seasons going into tomorrow evening’s second leg against Schalke – though it stands to reason that the Germans can hardly play any worse this time around.

Incoherent and defensively rickety for large swathes, Schalke must be counting their blessings (or Manuel Neuer) that they weren’t completely torn asunder by United in Gelsenkirchen and, as such, may be buoyed by the fact that a two-goal reverse to level the tie at Old Trafford is hardly beyond the realms of imagination. 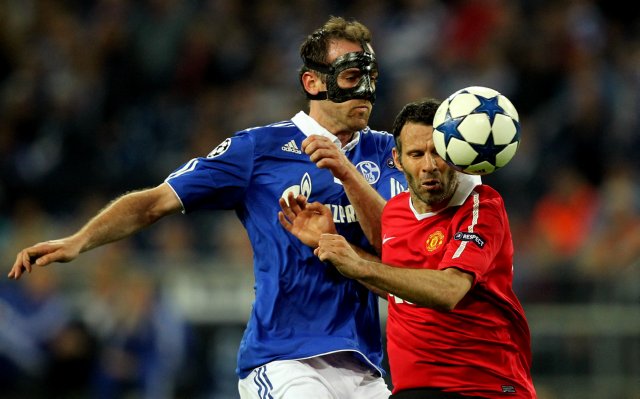 Will Ryan Giggs and Zorro be going head-to-head again?

With Sunday’s table-topping clash with Chelsea looming, Sir Alex has already hinted that he will rest Wayne Rooney and start with Dimitar Berbatov and Michael Owen up top, with Paul Scholes snuffling around in the middle and Darren Fletcher, who made it through 45 minutes of a reserve game unscathed a few days ago, back on the bench.

Ralf Rangnick is likely to be without Benedikt Howedes who has missed Schalke’s last few games with a strained abdominal muscle – though Klaas-Jan Huntelaar is being tipped to be back amongst the substitutes after spending the last couple of months sidelined with a dicky knee.

So, forgone conclusion/dead rubber? Or does anyone out their fancy Schalke get their act together and turn the tie on it’s head?

(The keen-eyed amongst you may have noticed that his article has been bumped up the pile since yesterday as, like a numpty, I published it a day early by mistake.)

Schalke to score first before being pegged back shortly before half-time. United make it 2-1 mid-way through the second-half only for the Bundesliga side to claim a late and ultimately superfluous equaliser.

After all is said and done, United advance through to the final with a 4-2 aggregate victory.