League Two side Aldershot’s humble 7,100 capacity (4,000 seated) Recreation Ground – known formally and commercially as the ‘EBB Stadium’ – is set to play host to Premier League goliaths Manchester United in the Fourth round of the Carling Cup a week next Tuesday and, with tickets going on sale yesterday, we thought we’d give you all a little sneak peak of the venue that is lying in wait for Fergie’s high-rollers (or at least the second/third string of Fergie’s high-rollers) in a fortnight or so’s time in the form of a photo essay… 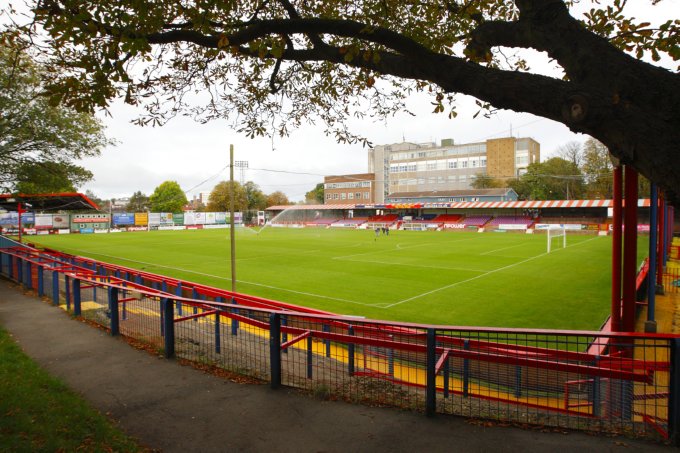 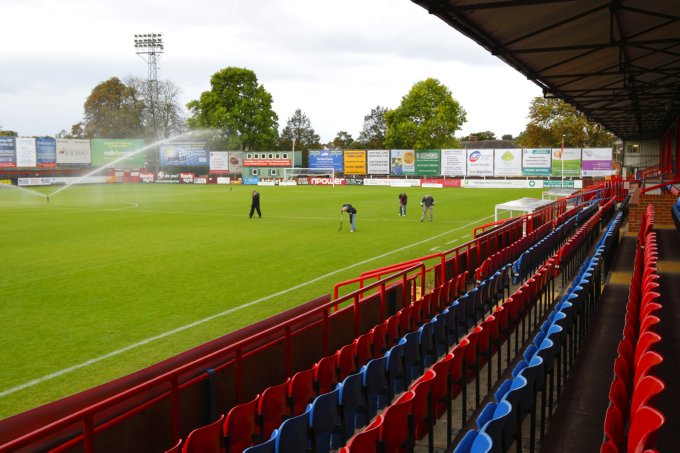 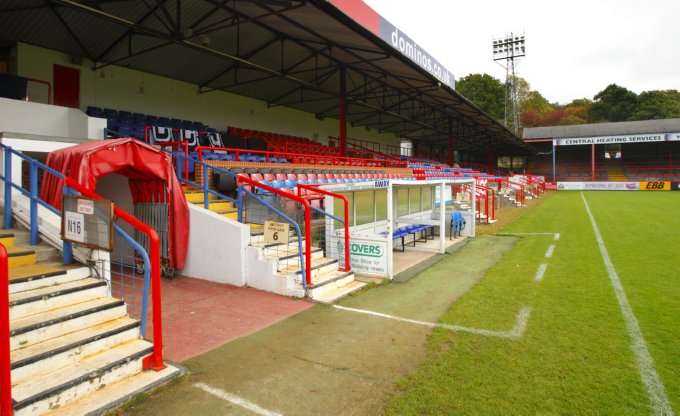 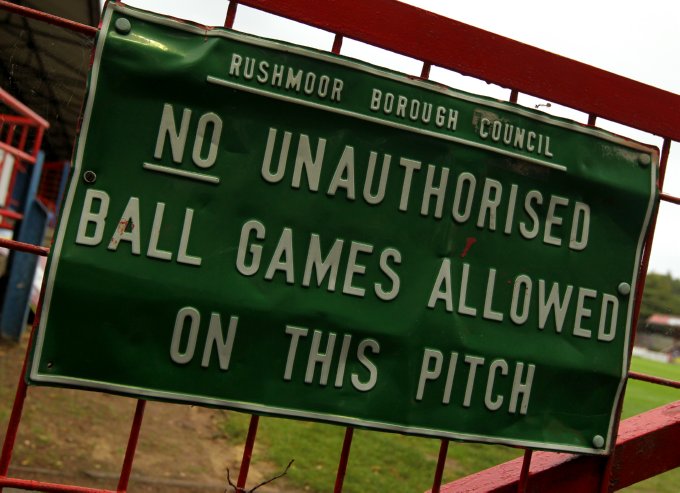 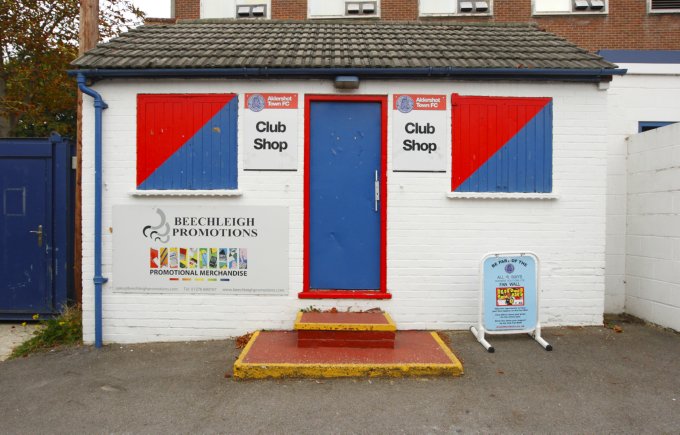 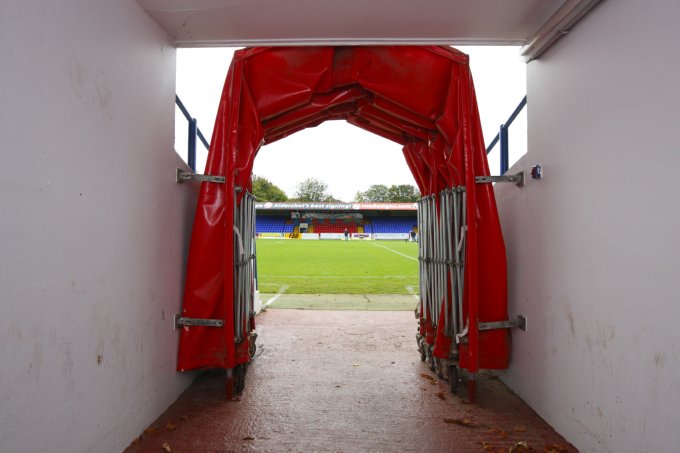 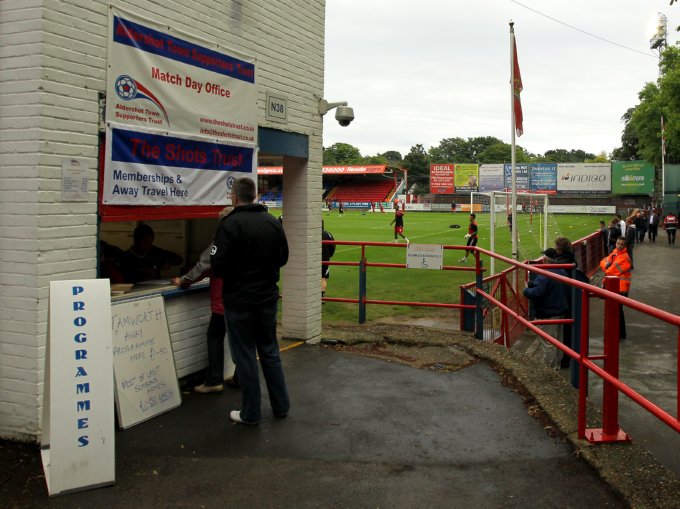 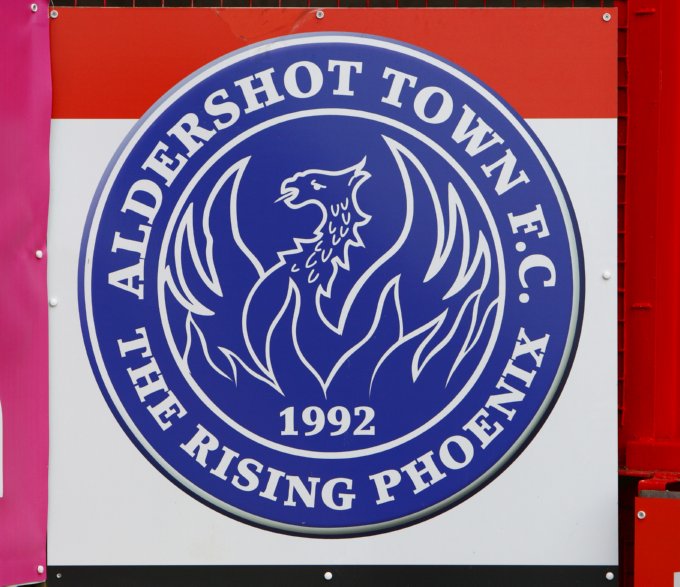 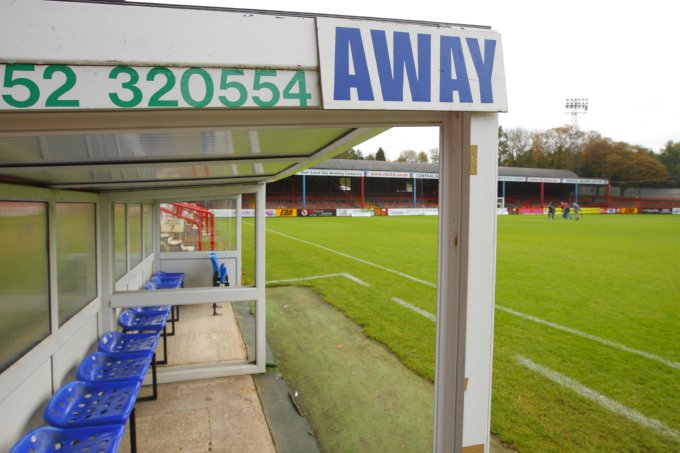 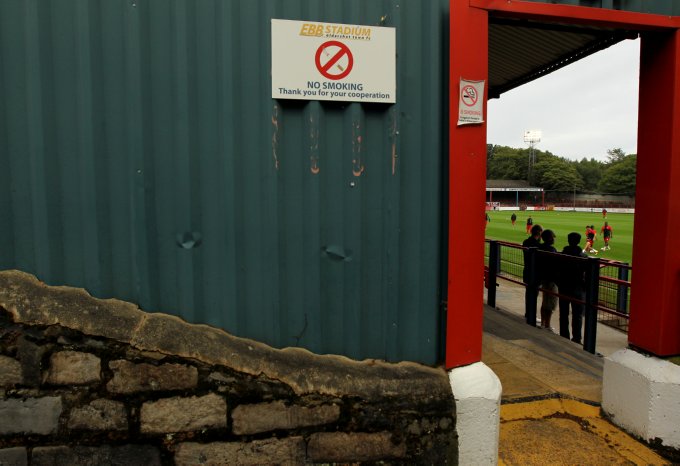 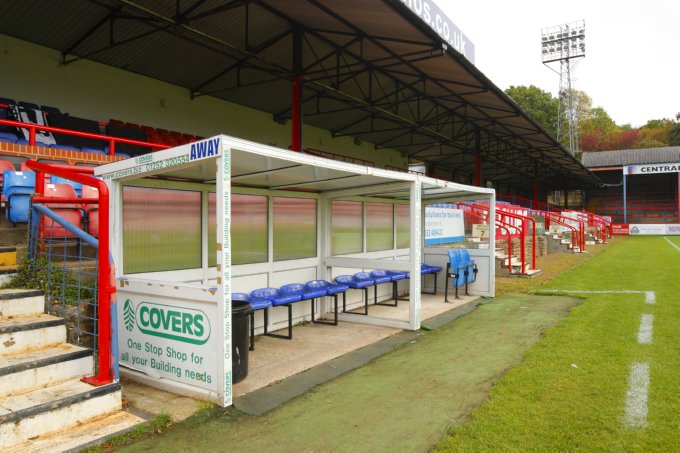 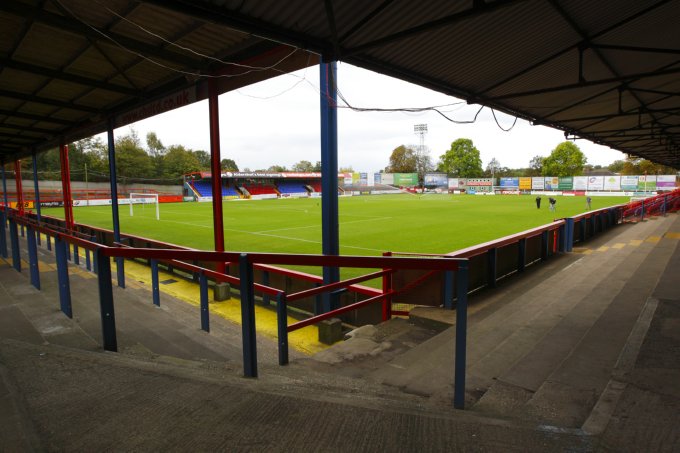 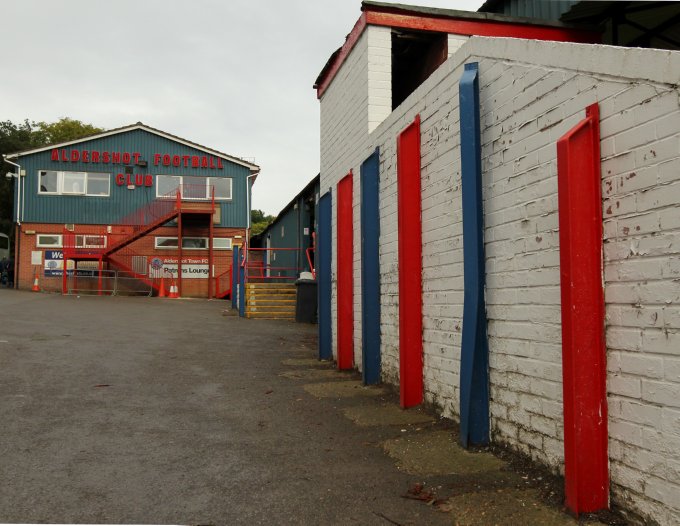 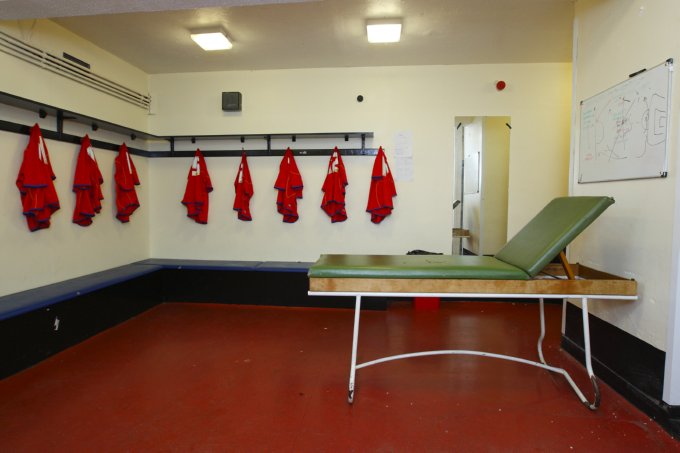 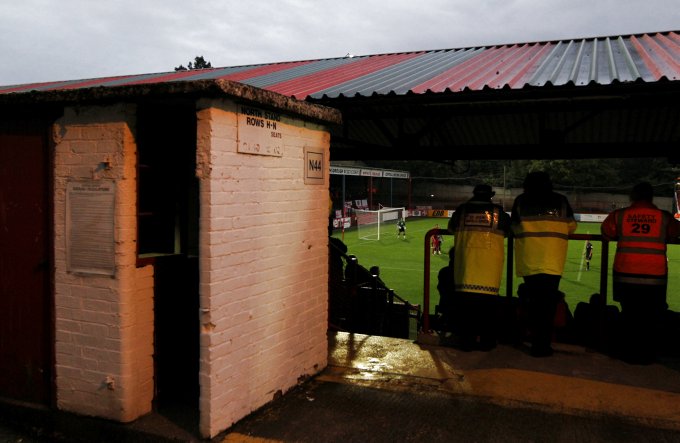 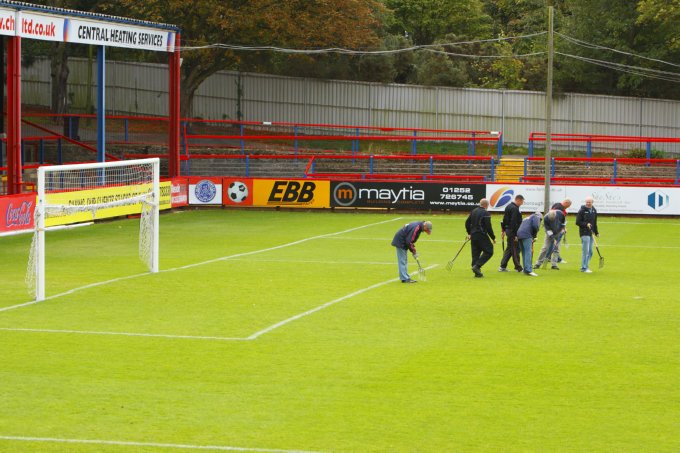 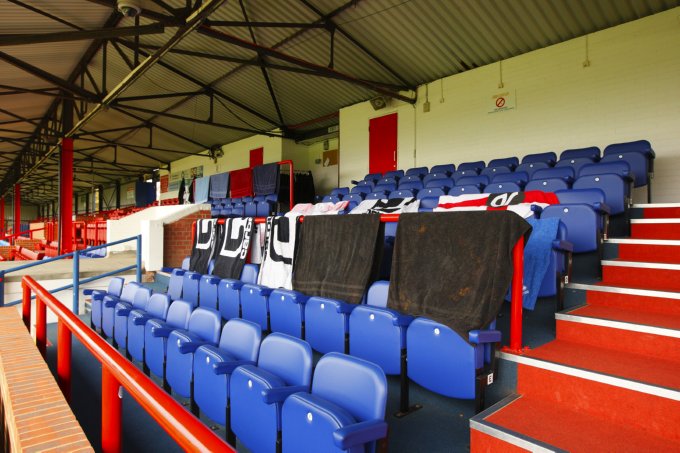 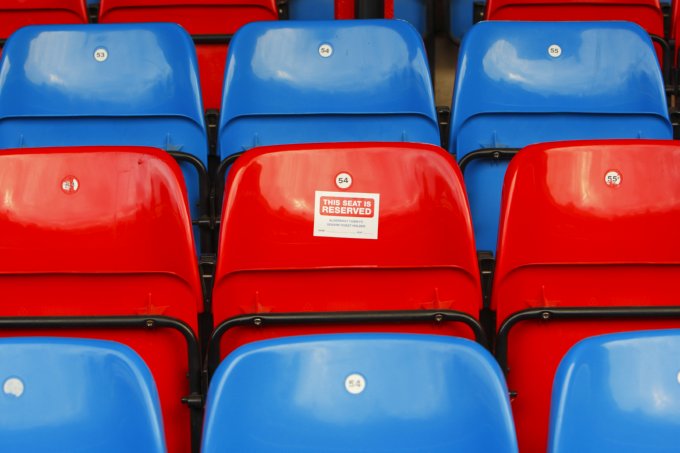 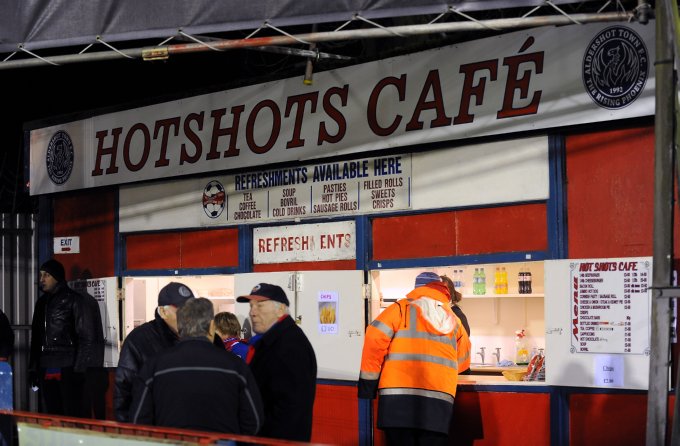 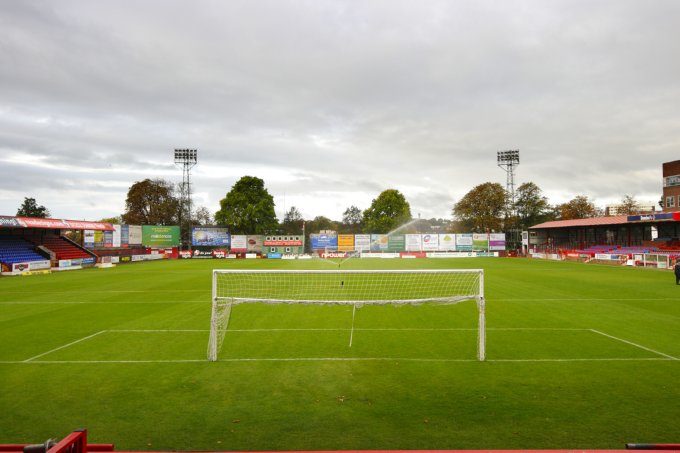 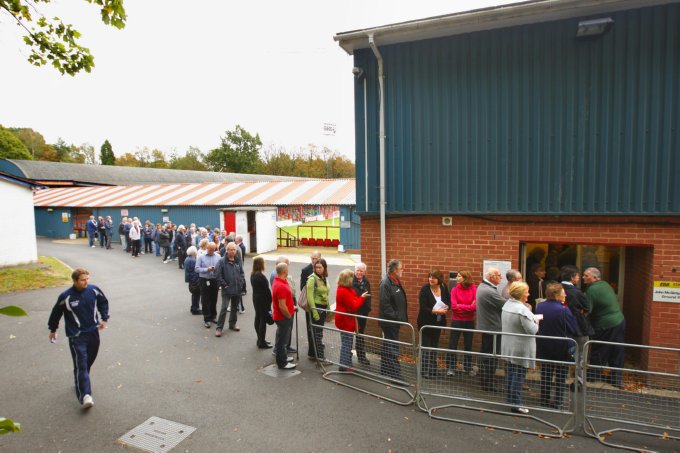 Now that’s a proper English football ground right there, none of your wrap-around, out-of-the-box, all-seater nonsense. You can almost smell the Bovril.

Bit of trivia for you: The record attendance at the Rec is a whopping 19,138 which dates back to when The Shots played Carlisle United in an FA Cup replay in January of 1970.