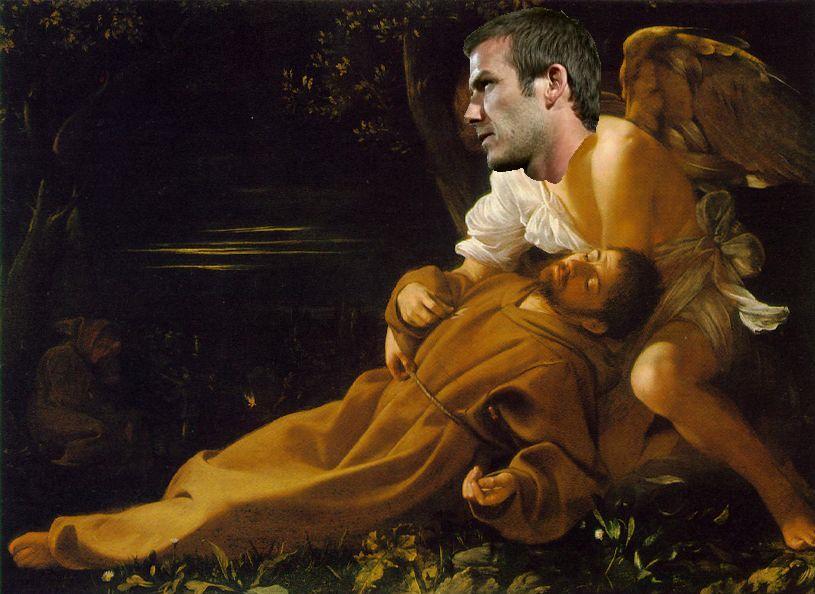 Upon spotting a knackered Nissan Primera stranded in the middle of the A10 yesterday morning, Saint David Beckham of Leytonstone was only too eager to lend a helping hand.

Mr Paul Long, owner of said Nissan, described to BBC Radio the moment that the clouds parted, choirs of angels burst into voice and Beckham swung low from his seat in heaven to mop the fevered brow of a mere mortal:

“We were on the A10 roundabout, which was pretty dangerous, and had been stuck there for about 10 minutes.

“Eventually I saw a car pull over in the distance and a man in a hoodie got out.

“He pulled the hood down and as he got nearer to the car I realised it was David Beckham.

“He asked if we were OK and I said we’d broken down and could he push us to the side.

“All the way through he was smiling. When we’d pushed the car to safety – and I have to say another man stopped to help by this point – he asked if we were OK and I said: ‘David Beckham, I love you, mate’.”

At which point Beckham summoned his celestial chariot to his side and, under the steam of six gilded unicorns, ascended back into the heavens from whence he came.