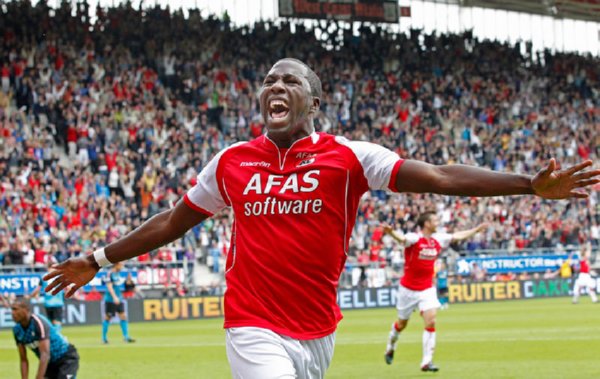 The chanting arose in the first half with the referee calling a halt to the game there and then, but Altidore requested that official not let the small contingent of slobbering morons ruin the evening for everyone else and that play should be allowed to continue.

Altidore’s told reporters after the game that he would “pray” for the backward minority:

“It’s disappointing these things still happen in this time we’re in, but what are you going to do? You just hope that these people can improve themselves. You pray for them.

“I feel like I have an obligation as a football player, to my club, to my family, to not react to things like this and to show that the club stands better than that, that I was raised better than to respond to such ridiculous behaviour.

“It’s a bit disappointing. You would hope that we as humanity we can grow from these kind of times but at the end of the day, it’s still alive, racism. All we can do is try to educate ourselves, and try to raise young kids to be better than that.

“There’s nothing I can do about it. All I can do is pray for them and hope they become better people. I’m not going to fight them. They just have some issues and they need some help.”

Though you can hardly begrudge Kevin Prince Boateng for simply marching off the field under similar circumstances, Altidore’s reaction is so much more level-headed and poignant: show the troglodytes that they’re not effecting you in the slightest.