The year of our Lord 2013 may be but ten days old but still Portsmouth’s official 2013 calendar is now 75% out of date, with nine of the 12 players featured no longer playing for the penniless League One club… 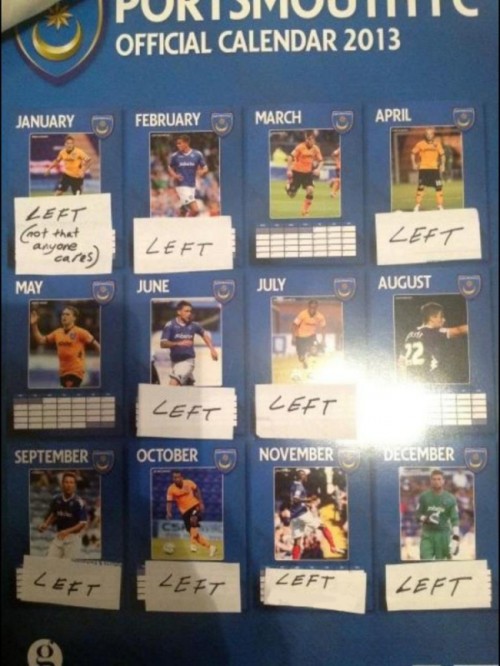 Since being relegated from the Championship last season, Pompey’s threadbare squad has been pebble-dashed with loans, short-termers, trialists and youth players; 33 new faces arriving and 32 players leaving or reaching the end of their deals in the space of six months.

Given those depressing stats, we’re bloody impressed that the club’s calendar department even managed to get a 1/4 hit rate!