Presenting the first installment of a new, off-season series we’ll be featuring semi-regularly on Pies over the summer – ‘On This Day In…’ 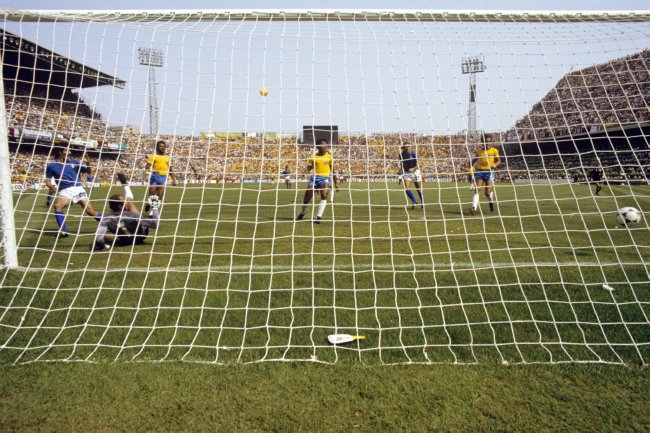 Having somehow wriggled his way into Enzo Bearzot’s ‘final 22’ despite not having played a competitive game for nigh-on two years after getting himself caught up in the ‘Totonero’ match-fixing scandal in 1980, a palpable wave of derision accompanied Juventus striker Paolo Rossi’s inclusion in Italy’s 1982 World Cup squad – with both the fans and the nation’s media pouring scorn on Bearzot for frittering away a place in the squad on a man who was clearly not match-fit.

The hostility further heightened when Rossi singularly failed to ignite during Italy’s first three group games, with the Azzurri sneaking through to the second round by way of three gnarly, insipid draws against Poland, Cameroon and Peru. 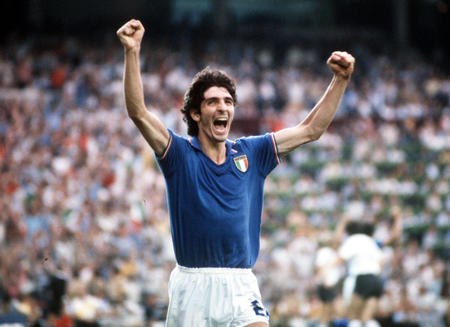 The second round of the tournament saw both Italy and Brazil beat Argentina 2-1 and 3-1 respectively in a three-team group, meaning that the final game between the two would be a ‘winner takes all’ affair, with Italy needing a win to advance to the semis and Brazil only needing a draw due to their superior goal difference.

It was during that very game at the Estadio Sarria in Barcelona (then the home of Espanyol), that Rossi picked his moment, threw off his shackles and went on to pull off one of the greatest personal comebacks the game has ever witnessed…

Italy had beaten the overwhelming favourites, and Rossi – the condemned man who couldn’t hit a cow’s arse with a banjo up until then – had done it almost single-handedly (on paper at least) for the Tifosi.

Italy went on to win the tournament, with three more goals from Rossi (two against Poland in the semis, then the opener against West Germany in the final) ensuring that he landed both the Golden Boot and the inaugural Golden Ball award.

Rossi later penned a book about all of his various ordeals, which he capped with an amazing title… ‘Ho fatto piangere il Brasile’ – ‘I Made Brazil Cry’. 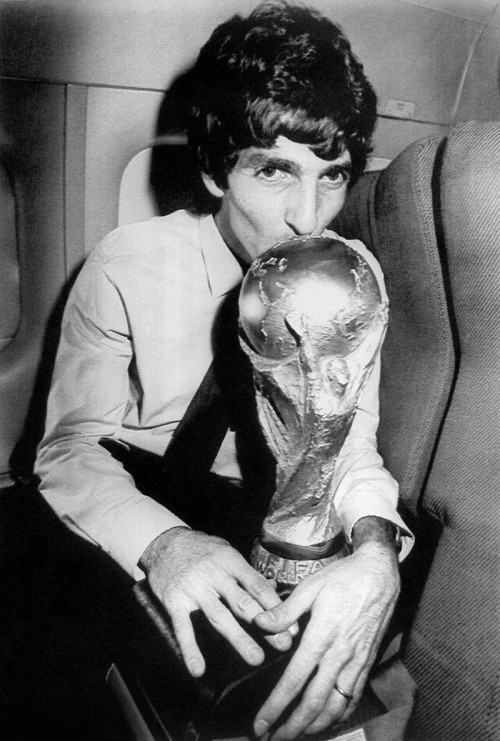