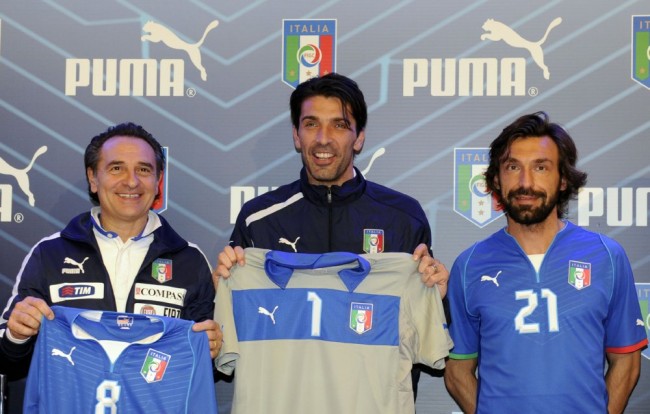 Morning all. I’ll begin easing back into things around here with a few photos of Italy’s lovely new kit, which will be worn for the first time later this week for the Azzurri’s friendly against Brazil in Geneva which will serve as prep ahead of the Confederations Cup in Brazil later in the summer.

FUN FACT: Italy haven’t beaten Brazil in any way, shape or form since their famous Paolo Rossi-inspired 3-2 win in the second round of the 1982 World Cup in Spain.

Gianluigi Buffon and Andrea Pirlo were on hand to do the unveiling honours at Italy’s Coverciano training HQ earlier in the week, with Puma also press-ganging some kind of sea-faring hobo into modeling their new garb for their photoshoot by the looks of things…