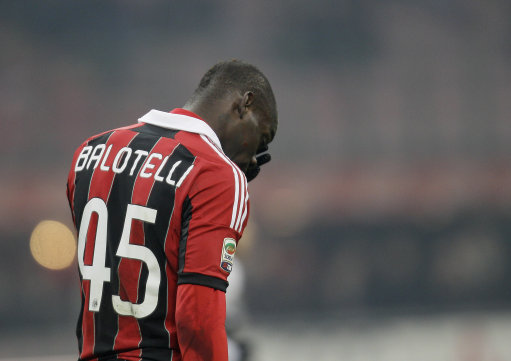 “You guys will believe any old toss”

To be honest, we actually half-suspected it was bullhonky at the time, but an email received by Corriere della Sera yesterday purporting to have been written by Mario Balotelli and sent into the Italian paper on his behalf by his brother Corrado has debunked the rumour that the Milan striker has commissioned a bronze sculpture of himself in ‘Power Flex™” mode.

“I just want to play football. The history of the statue is false. In some ways and on some issues I’m used to [rumours being spread], but on other hand it was very bad.

“When it came out, the article on my home was an interview with a sculptor who I never met and who advertised a project that I have not approved.”

Corriere della Sera are still clinging to the vain hope that Balotelli commissioned the statue but has now pulled the plug because everybody laughed at him, because, y’know, he’s a bit of a delicate wallflower like that.

Oh well. We thought it had the slight whiff of “local artist indulges in some flagrant self-promotion” when the story broke earlier in the week, but we kept schtum just in case – this is Balotelli we’re talking about here after all!