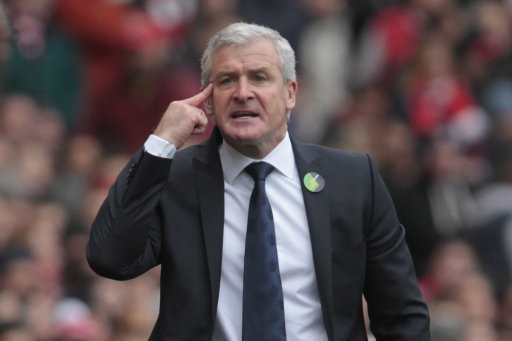 The underwhelming news was officially confirmed just before close of play last night that Stoke City have appointed Mark Hughes as their new manager, replacing Tony Pulis who left the club last week after seven reasonably successful years at The Britannia.

According to the BBC, Hughes has signed a three-year deal at Stoke, with chairman Peter Coates insisting to the Stoke Sentinel that he’s picked the right man for the job:

“[Hughes’] record speaks for itself. He has done excellently by anyone’s standards. He’s also a thoughtful, intelligent man with an intense desire to win.”

And a what a record the man has, especially of late. Who could forget his impeccable tenures at Fulham and QPR – where he managed eight wins in 34 games, losing 11 of his opening 12 league games in 2012/13 before being given a vote of no-confidence. Truly excellent.

Anyway, even before Sparky signed on the dotted line, Stoke fans were readying their ‘Hughes Out’ protest placards, with one bloke even rigging up a huge sign and fixing it to the back of his flatbed van and driving around the town on Wednesday… 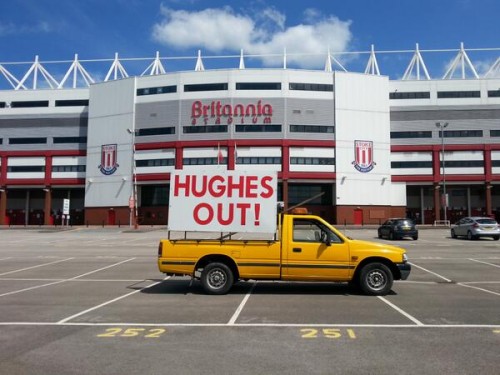 The Stoke fan in question, a bloke named Carl, told the BBC all about why he fluffed £50 on kitting out his “Hughes Out-mobile” just to voice his dissatisfaction:

“It is not just me, it is the thoughts of 90% of Stoke fans. Security made me move on from the Britannia so I drove around.

“I parked on motorway bridges and people were beeping their support at me and taking photos.

“He is not a long-term appointment, look at his track record, but it looks as though he is going to be appointed anyway.”

We have a distinct feeling that this could get ugly.