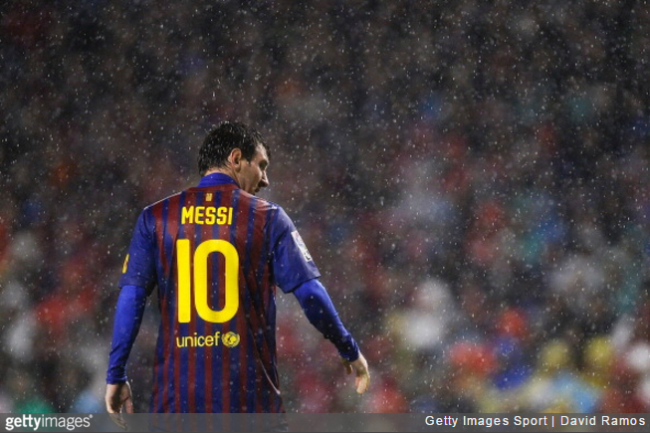 He may have five Ballon d’Ors on his mantelpiece and a slew of obliterated records in his wake, but deep down Lionel Messi knows there is still one benchmark of greatness he is yet to pass.

It’s the question he’s been systematically ducking for years and year, cowering at Barcelona instead of coming face to face with his destiny on a bleak weekday night in Stoke-on-Trent.

However, the diminutive Argentinian has finally broken his silence on the matter and declared in a fit of bravado that yes, yes he probably could do it on a wet Tuesday night at the Britannia.

During an interview segment with Revista Bitesize, Stoke forward Bojan Krkic was asked by journalist Guillem Balague just how his former Barca stablemate Messi would relish the prospect of playing against the Potters.

“Messi can do it!” Bojan replied. “I understand that teams don’t like to come to the Britannia Stadium, especially in winter with the wind, the cold … and we’re a strong team. It’s not easy.”

Balague then told Bojan: “I asked Messi about that. He said, ‘Those people that say that should realise I played in awful conditions in Rosario when I was 11 years old, with glass on the pitch, with holes and everything,’ … And he also played good.”

Bojan replied: “Of course. If he came to the Britannia he will also play good.”

Fine. Now all he has to do is prove it. Jon Walters awaits.