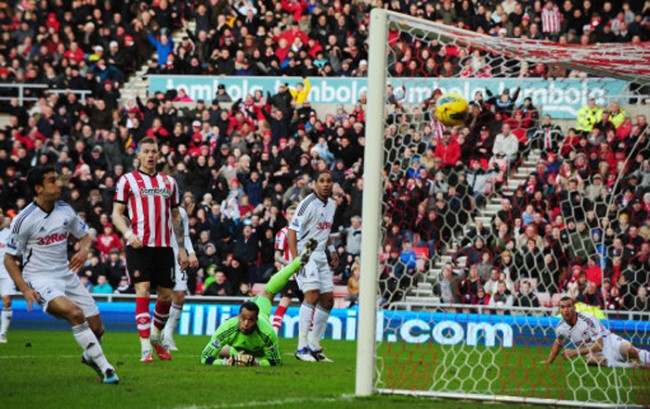 Despite dominating for large periods of the game, Swansea’s lack of a cutting edge would cost them dear against a Sunderland side who to continue to flourish under Martin O’Neill.

Stephane Sessegnon opened the scoring after just 14 minutes, courtesy of a magnificent finish, but the visitors fought back, with Nathan Dyer and Scott Sinclair threatening down the flanks. Still, despite all their possession, the Swans struggled to trouble Sunderland ‘keeper Simon Mignolet.

In the second-half, the Black Cats struggled to build on their lead, but eventually the home side sealed the deal, after sub Craig Gardner superbly volleyed past Michel Vorm.

Swansea’s troubles on the road continue while the Black Cats move up to 10th in the table.