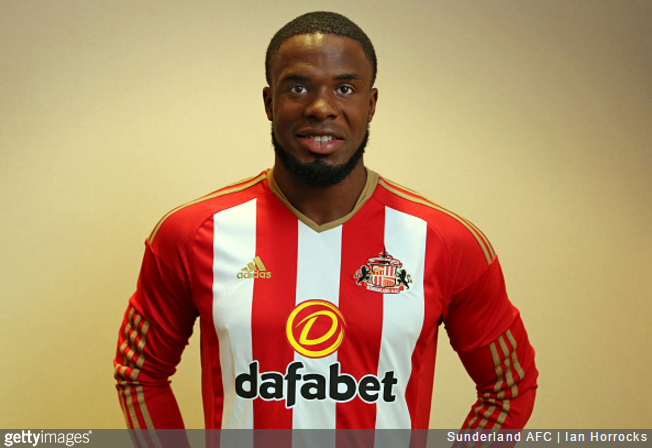 Having made little-to-no impact since signing for Sunderland at the start of September, Victor Anichebe catapulted himself back into the public conscience with a textbook social media gaffe in the aftermath of his side’s 1-0 defeat against West Ham on Sunday.

With Sunderland keen to keep fans on side as they continue to prop up the Premier League, somebody inside the club obviously asked Anichebe if he’d mind putting out some kind of anodyne platitude about the performance – something in the typical ‘disappointed with the result/the lads done well’ vein. 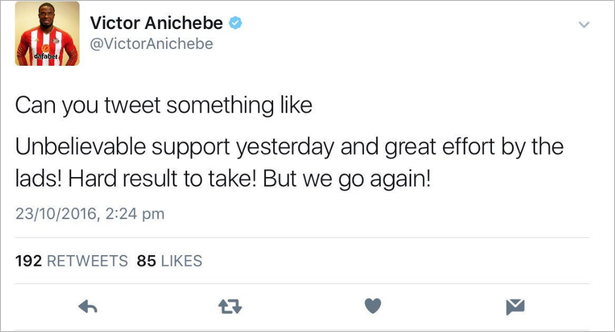 If you were wondering why footballers pump out so many trite, cookie-cutter cliches on Twitter, consider this a timely peek behind the curtain.

Perhaps the most confusing aspect is why Anichebe, who has played a grand total of 13 minutes of football so far this season, doesn’t have the time to vet his own social media accounts.