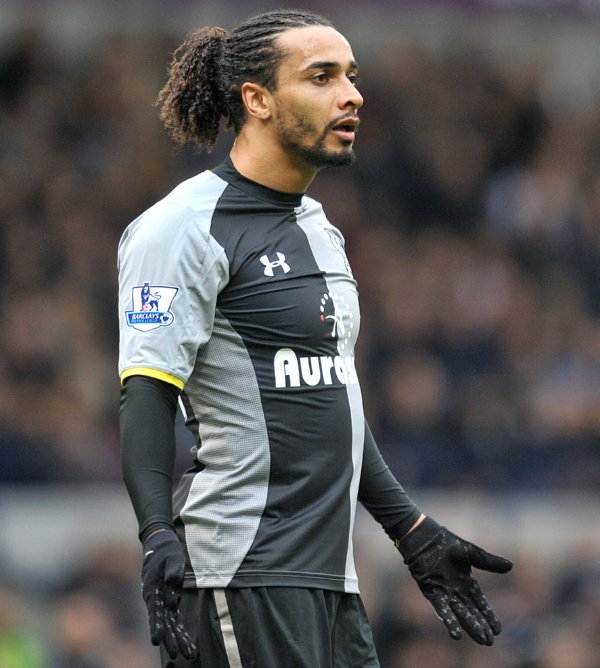 Tottenham left-back Benoit Assou-Ekotto is a pretty awesome chap who cares little and always seems to give a good interview, and his recent chat with Guardian journo David Hytner is no exception, in which – while sitting in a barber’s chair and having his dreads threaded by a man named “Steve the Visionist” – Benny admitted that he doesn’t really follow football and was surprised to hear that Luis Suarez had bitten someone recently.

“Assou-Ekotto looks blank when Luis Suarez’s biting of Branislav Ivanovic comes up. “He did what?” he asks. “Il a mangé?”

“If he is joking, the deadpan expression is inscrutable. “Surely, Benoît … come on.” But no, it is plain. He has no idea. Assou-Ekotto has never got the fuss about football and footballers.”

Benny was also quizzed about comments he made in a similar vein back in 2010, wherein he told a reporter that he considered football to be nothing more than a job and a paycheck. He was then branded as a mercenary by some sections of the Spurs support, though he’s got a fairly good rebuttal for all the naysayers:

“The reaction persists and, in France, it has been predominantly negative to the point where I find it almost pretentious,” he says, of the country of his birth. “To say that players should not appreciate the context in which they operate is stupid. Football is like a business now.

“In England, it’s more objective. People are more cool about players earning millions. It’s also not whether they agree with what I say, it’s that there is a respect for the fact I was man enough to say it. I must say, as well, that I have seen quite a few Spurs players kiss the badge and then fuck off. I am still here.”

Awesome. If you fancy it, you can read the whole interview here. Go on, it’s a good’n.

(Spotted by our brahs over at Dirty Tackle)