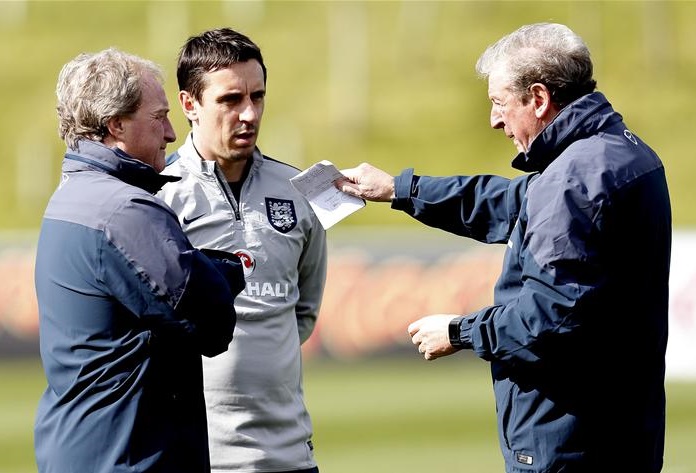 Zoom in on that notepad. 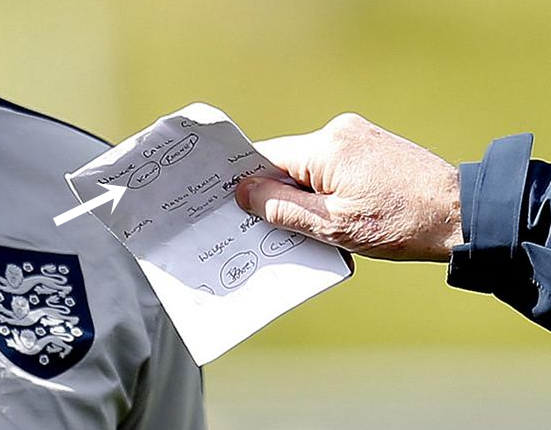 Could be something. Could be nothing, but it very much looks like Roy is running drills to see how his first-choice attack fare against his defensive minions.

Since England’s only other proper striker (Daniel Sturridge) has been ruled out of the Lithuania game, why the hell not throw Kane straight in and see how he gets on.

With 29 goals this season and 14 so far this calendar year alone, surely Roy would be mad not to give Sizzlin’ Kane* the nod?

(*Yes, that was a Citizen Kane pun. Apologies where due)