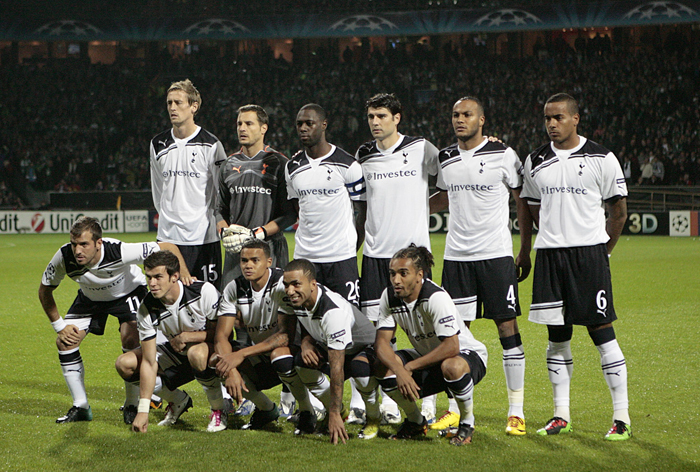 Okay, a draw away from home in the Champions League is not to be sniffed at, especially not in your first bow in the competition and against a decent German side – but Spurs played so well in the first half, when they outclassed Bremen completely and led 2-0, that just one point feels slightly disappointing, or it did last night anyway. In the cold light of day though, this result looks just fine. It’s a solid start.

And I particularly enjoyed Ary Redknapp’s twitchy, exasperated response when some hack – the Beeb’s Pat Murphy, I think – suggested Spurs had learned a painful lesson in European football: “What lessons can I learn because they score? What can I do?!

“How can they learn lessons? We’re always talking about lessons.

“Was it a lesson in Champions League football? No, it’s a game of football. We’re 2-0 up, they’ve got a goal out of nothing. It happens.

“It could happen at Hackney Marshes on Saturday afternoon.”