See how far kick-and-charge can get you? Tottenham winger Gareth Bale was crowned the PFA Player of the Year at the Grosvenor Hotel yesterday, during a shindig that also saw Arsenal’s midfield tyro Jack Wilshere take home the PFA’s Young Player of the Year gong.

For my money, Nemanja Vidic was robbed, but the fact is that defenders, no matter how unwaveringly consistent over the course of a campaign, still tend to be criminally undersold when it comes to handing out the end-of-season trinkets.

A lot has been made of Bale’s relative lack of top flight goals and, especially, assists in comparison with the un-nominated Nani (Bale: 7 goals/1 assist, Nani: 9 goals/18 assists) but when you’ve got Peter Crouch, Jermain Defoe and Roman Pavlyuchenko to rely on to convert your pinpoint centres then you can just about forgive him the odd statistical anomaly.

Said Bale upon receiving his award:

”I am more than delighted really. It is a massive award and it is a great honour to receive, especially from other fellow professionals.

“It is a honour really when you look at the names that have won it before and it just makes you go ‘wow’ really.

”There haven’t been too many Welshman to have won the trophy but it is great and it is great for me personally – and it is not just for me, it is for all my team-mates that have helped me through the season and it is kind of for everyone really.”

The PFA Premier League Team of the Year was also announced and read thusly: 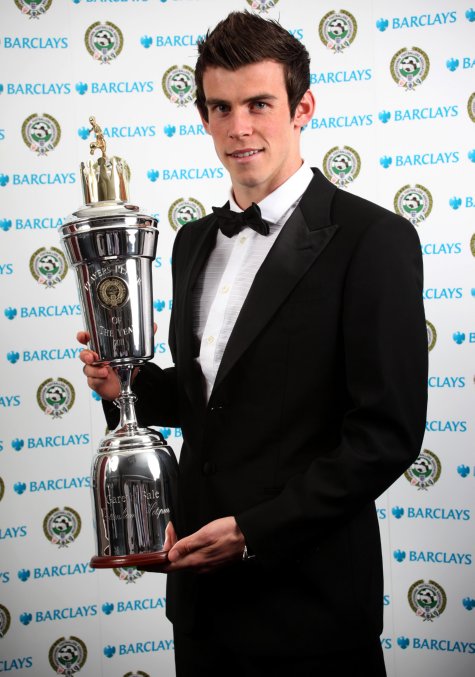 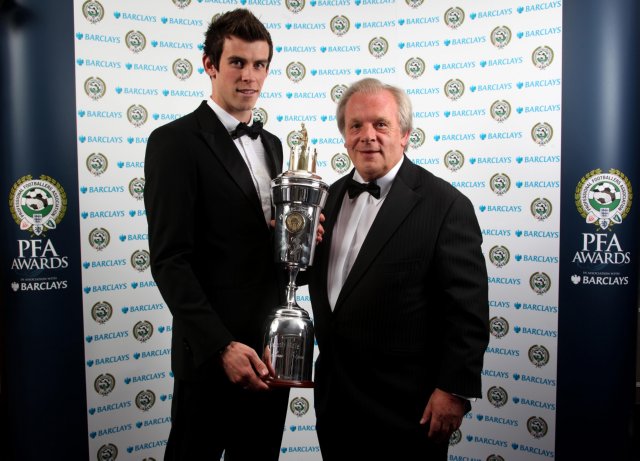 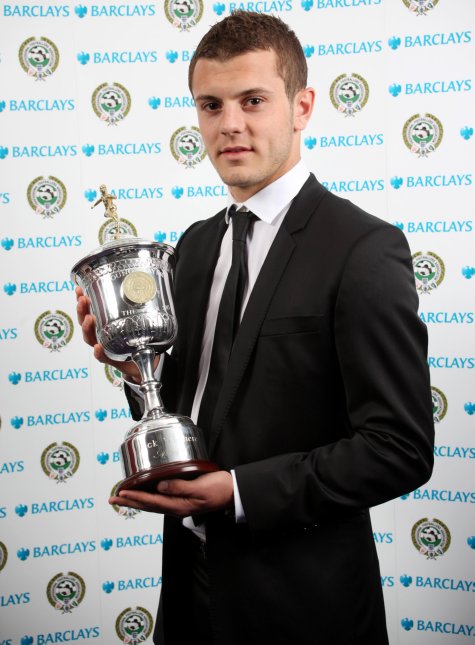 Jack Wilshire cradles his Young Player of the Year award 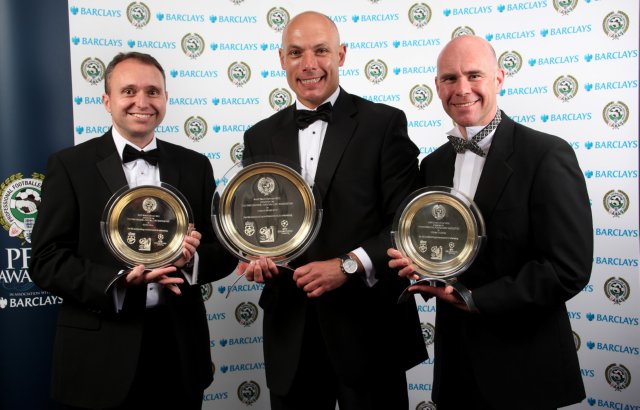 Referee Howard Webb and assistants Darren Cann (left) and Michael Mullarkey (right) pose with their ‘Special Merit’ plaques – awarded for their performances at the 2010 World Cup in South Africa.