Excuse us while Pies go all ‘Veruca Salt’ for a while, but here are ten of the rumoured transfers that have been doing the rounds for the last few weeks that we demand to see materialise during the coming summer… 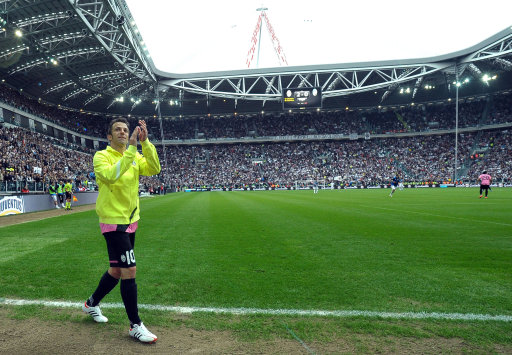 1. Alessandro Del Piero – Juventus to Arsenal/Tottenham: Done and dusted at Juventus after 19 years of unwavering idolisation, Del Piero has probably already received his fair share of tempting offers to go and wind-down to retirement in an affluent footballing backwater somewhere in exchange for £500,000 a week – though the man himself has openly flirted with the idea of one last hurrah in Europe.

The dirty flirt won’t say yes or no, but while the option is still alive we’ll be crossing everything that he’s tempted Premier League-wards for a year. At 37, he’s older than several Johnny-come-lately glaciers, but we – having suckled on the Football Italia teet from an early age – would love nothing more than to see Del Piero in the wild up close, even if he only manages a smattering of games before his legs seize up. 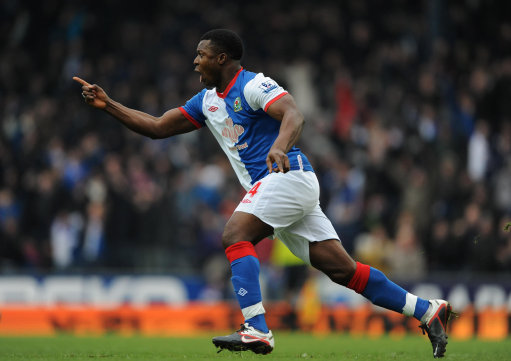 2. Yakubu – Blackburn to Sunderland: As soon as Blackburn were mathematically jettisoned, we received a vision telling us that The Yak would be grazing on Wearside next year. Think about it, it just seems RIGHT don’t it? 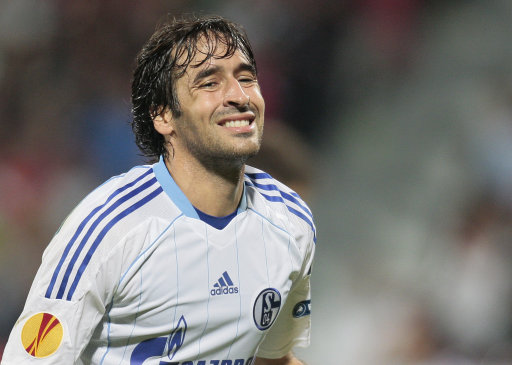 3. Raul to Man Utd: Having left Schalke a hero with 27 goals in 63 games, it would appear our plea is too late as he’s already signed up for a cushy final fling out in Qatar with Al-Sadd, but we desperately longed for Raul to move to the Premier League for a season – perhaps following Henrik Larsson’s lead and joining Manchester United on a freebie, making them instantly better as a result.

Is it too late for a U-turn? Sadly, yeah – but that won’t stop us demanding. 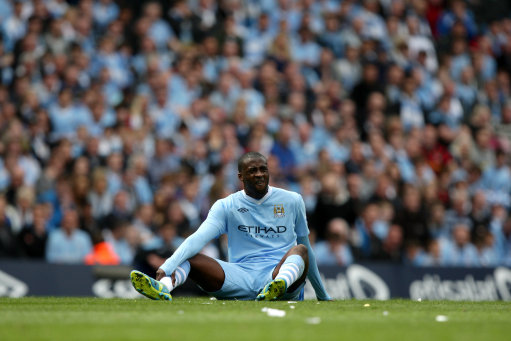 4. Yaya Toure – Man City to Real Madrid: His agent has been shit-stirring since the final whistle against QPR and the gossip columns have been frantically churning out potential suitors, but Yaya himself (while visiting Eric Abidal in Barcelona) has now apparently told Spanish press: “I can’t say anything about Real Madrid. I’ll have to wait and see what happens, Mourinho has not called me yet,” which is ominous to say the least. In certain, more excitable circles, that would just about be enough to represent a ‘come and get me’ plea.

The logistics are simple: Real Madrid have a lot of money, a lot of ‘draw’ and don’t really have a stellar central midfielder to play alongside Xabi Alonso – kitting their squad out with a rampaging Yaya will make Real fearsome.

They may not be willing to pay him ‘Man City’ wages, but the lure of the prestige will make up for that. For you see, for all the horn-tooting, the Premier League is still just a stepping stone to the really big leagues. 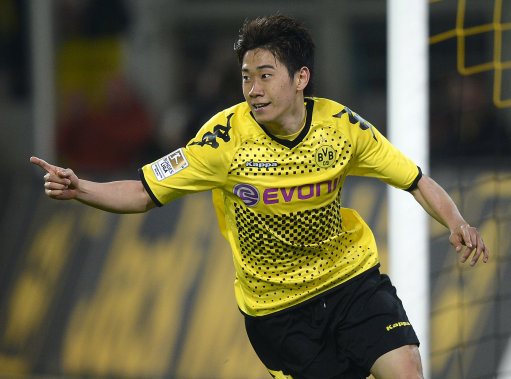 5. Shinji Kagawa – Borussia Dortmund to Man Utd: Dortmund’s diminutive Japanese schemer has already met Sir Alex and the deal looks like a go-er – and it’s one we’re really quite excited about.

Having excelled while pulling the strings throughout Dortmund’s flush of Bundesliga renaissance over the past two years (21 goals in 49 league games), 23-year old Kagawa is poised to become United’s David Silva if they deploy him as such. He operates from a slightly deeper, more central position at Dortmund, but there’s no reason why he can’t pushed forward at United, with Carrick/Scholes/whoever providing a stable platform behind him.

He also looks to be a bit of snip at only £7 million. What does that get you these days? We’re tingling with anticipation over this one. 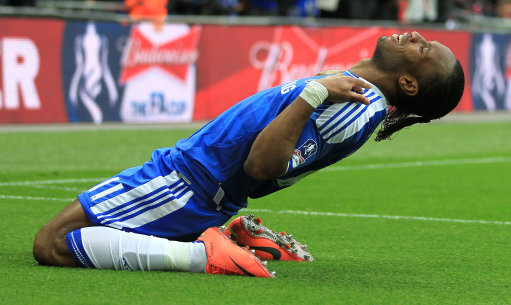 6. Didier Drogba – Chelsea to Barcelona: While perfectly willing to keep him on board for another season, Chelsea are balking at giving Drogba the two more years he’s after chiefly because, while still imperious one occasion, he’s now 34, on the downward curve and becoming ever more prone to needing periods of rest and recuperation between games.

While he clearly loves Chelsea, $£China¥€ has been mooted as an option – but there is rumour abound of late that Barcelona may come calling with a cheeky offer should Drogba allow his contract to dwindle to nothing this summer. Obviously it would be terribly sad to see him leaving these shores and most Chelsea fans would probably thank us to keep a civil tongue, but Drogba at Barca? Sounds friggin’ fantastic to us. 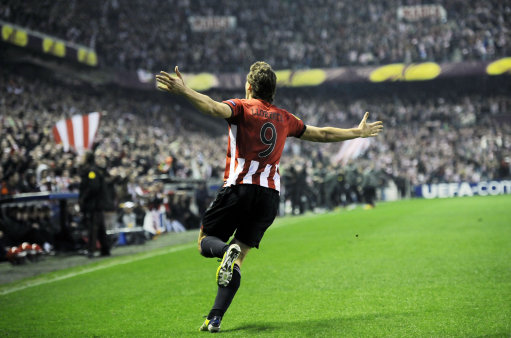 7. Fernando Llorente – Athletic Bilbao to Man City: The best target man we’ve seen in quite a while, Llorente seems to have his own gravitational pull at Bilbao, with four or five ‘moons’ orbiting him, just waiting for the cushioned lay-off or the clever put-through. With the wind in his sails, he’s a truly wonderful sight to behold for appreciators of the ‘big man’ art. He’s not bad at the whole ‘putting it away’ thing either, as a 28-goal haul this season will duly attest to.

There’s a part of us hopes he doesn’t leave the San Mames, but if he’s to come to England, it’ll be at a high price. Tottenham have been rumoured to be interested, though whether a £25+ million (his release clause is £28-odd million) outlay is within their means remains to be seen. We expect the re-acquiring of Emmanuel Adebayor to be a more pressing concern for ‘Arry. It might have to be Man City that dabble – pushing possibly Dzeko out the door as a result. 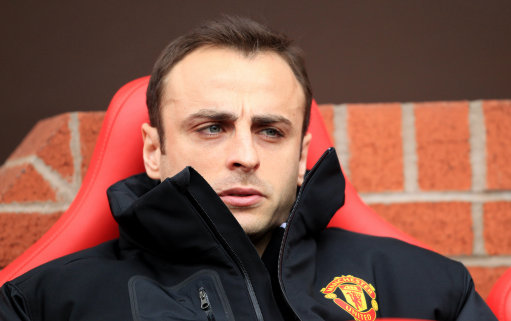 8. Dimitar Berbatov – Man Utd to someone in England: After making just five league starts for Man Utd all season, Berbatov is definitely moving on from Old Trafford this summer and the bad news is that his agent has said the Bulgarian has no intention of staying in the Premier League – ruling out Liverpool, who seem to have winked at him from across the smoky jukejoint. Indeed, it looks like Lazio are currently heading the queue.

To lose Berba, his Brylcreem, his gitanes and his obvious desire to have pockets sewn into his football shorts would rip the very heart from our chests. Someone needs to rectify this situation. Stat. 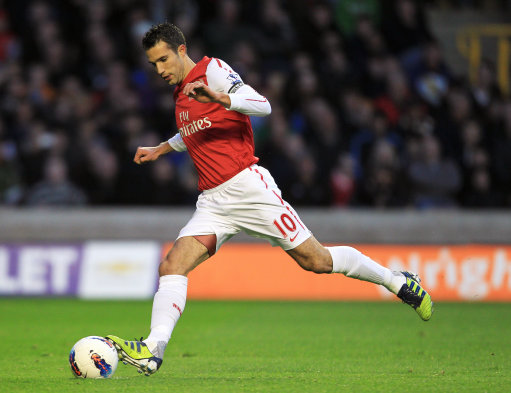 9. Robin van Persie – Arsenal to Real Madrid: RVP’s current predicament has got a distinct whiff of the ‘Henrys’ about it; one year left before he buggers off for nowt, contract talks on the back-burner, the ‘no matter what, i’ll always love you’ shtick, shortly followed by the ‘it’s not you, it’s me’ routine, shortly followed by the rousing ‘I’m leaving you you COW!’ finale. Hang on, we might be thinking of someone else there.

While we accept that Arsenal fans are likely to disagree, and that the likelihood is that he’ll be staying put for at least another year, and that Real Madrid really don’t need him (though when has that ever stopped them?), we’ve got a sneaking suspicion that RVP may just have his head turned this summer – it’d be hard to argue he wouldn’t deserve it. 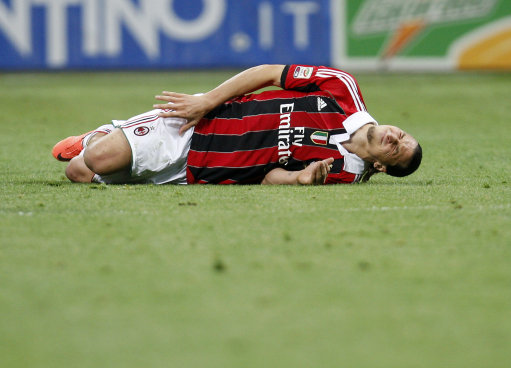 10. Zlatan Ibrahimovic – AC Milan to Man City: Dear sweet Allah, could you just imagine? Referees having their faces roundhouse-kicked from their skulls, ballboys thrown like discus out of stadiums, female journalists challenged to survive carnal encounters. Pies would just explode in a delirious Gary Neville orgasm of feverish anticipation if the news actually came through.

Any transfers you’re aching to see Pies fans? Let us know all about it…