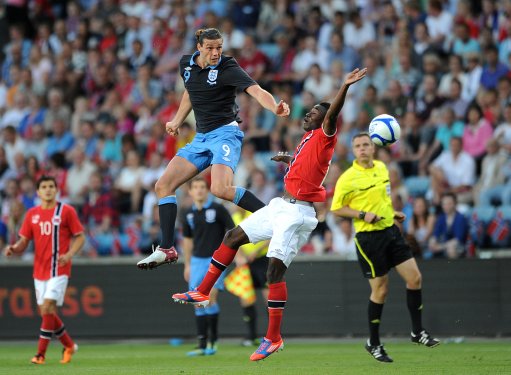 A marriage made in hoofy heaven if ever there was one, king of the long ball game, Big Sam Allardyce has secured the services of pony-tailed target man Andy Carroll from Liverpool in a season-long loan – or, at least, a fee has been agreed ahead of the paperwork being rubber-stamped. We’re not quite done and dusted yet folks.

The deal, which is costing West Ham £2 million could also give the Londoners the option of buying the England striker outright for £17 million if they stay in the Premier League this season. However, those in the know are suggesting that the former Newcastle star ultimately wants to stay on Merseyside.

Edged out of Brendan Rodgers’ progressive Anfield regime by Fabio Borini, Carroll still has a lot to offer and the big man is sure to benefit from Big Sam’s rather less forward-thinking football blueprint. Expect lots of orders from the bench at Upton Park in 2012/13 to “Get Rid”, “Hit The Channels” and “Hit The Big Man”.