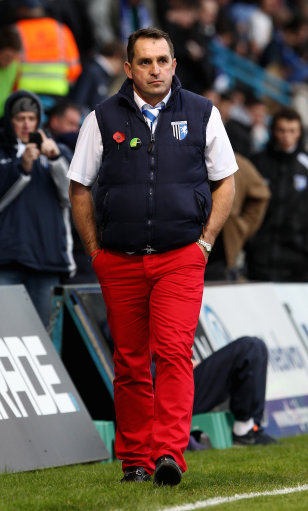 As hard as it is to believe, this outfit is not the prank in question

Amid the flurry of polyphonic ringtones and the gentle hum of antiquated fax machines snarling up, Gillingham manager Martin “Whatever you do, don’t call him ‘Mad Dog'” Allen put aside a bit of time to do a funny on transfer deadline day – pulling his chairman’s leg with a ripsnorter of a prank.

This from the BBC Sport’s deadline day live feed:

Gills boss Martin Allen also reveals he left a phone message for his chairman Paul Scally about a ‘Premier League’ club making an offer for one of their players.

Not that he’s a Mad Dog or anything. Christ no.