Before the ungrateful bastardo went and signed up to play for ‘free’ at PSG, FK Orn Kristiania tendered a serious offer for David Beckham – throwing all they could at him to persuade him to chose the Norwegian eighth division over five months in Paris.

As well as knocking a fair old chunk off his obligatory member’s fee and offering to free up their No. 7 shirt, Kristiania also very generously agreed to throw in a lapel badge and an official club sports bag! 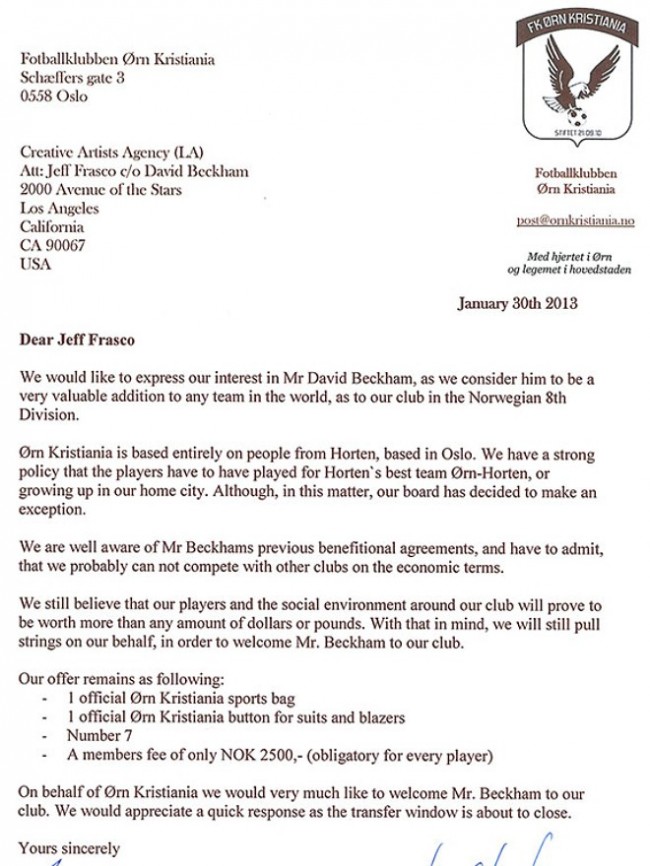 (Thanks to Pies fan Purva for the tip-off! Image via Reddit)