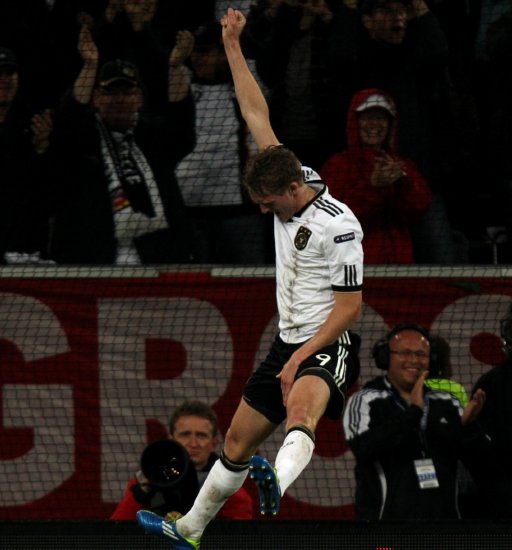 Chelsea have just confirmed that Andre Schurrle will sign for the club once all the usual transfer gubbins are taken care of, thus becoming Jose Mourinho’s first signing in his second stint at Stamford Bridge – though the wheels were set in motion long before Mou waltzed back into town.

The following statement just appeared on the Chelsea website:

“[Chelsea] and Bayer 04 Leverkusen have reached an agreement for the transfer of André Schürrle, subject to the completion of legal documentation and related matters, including personal terms and passing a medical.”

The fee is believed to be somewhere around the £18million mark, with Schurrle signing a five-year deal on £77,000-a-week – which, all in all, means the German international joins Juan Mata, Eden Hazard, Victor Moses, Kevin De Bruyne, Marko Marin and Oscar in Chelsea’s swollen stable of attacking midfielders.