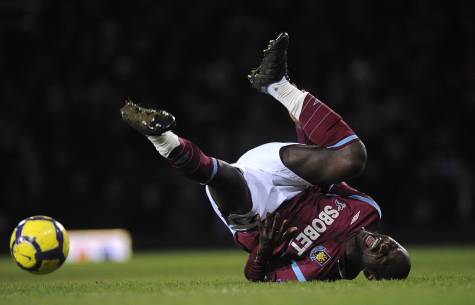 Carlton’s laughing off the rumours

According to Sky Sports, Bundesliga giants Bayern Munich are being linked with a surprise summer move for West Ham striker Carlton Cole.

Cole has apparently caught the eye of the Bayern scouts after forcing his way into the England squad, and by continuing to impress this season in a struggling Hammers side.

Bayern are keen to lower the average age of their squad in the close season and the former Chelsea forward is one of a number of names on the German side’s wishlist as a direct replacement for the outbound Italian outcast Luca Toni.

To echo CaughtOffside‘s sentiments, I can’t help but feel that Cole would be better off staying at West Ham and seeing a side being built around him by the new owners, rather than risk his current development being hampered by a possible stint on the bench at a much bigger club.