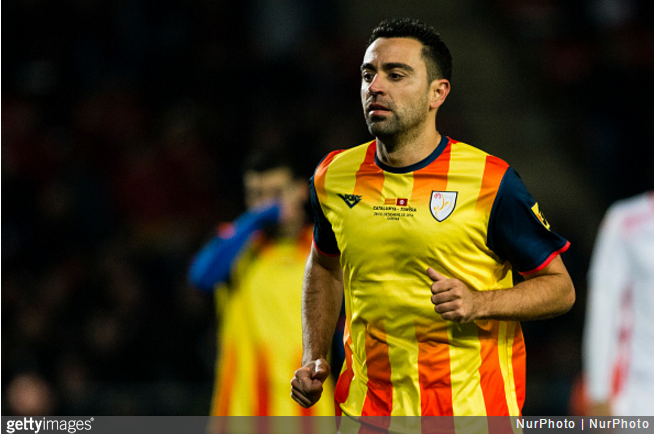 Surprise, surprise. Xavi has categorically denied speaking to The Sun after the tabloid recently ran a story claiming the ex-Barcelona captain had insider knowledge on Pep Guardiola’s supposed interest in signing Dele Alli.

In a piece ran on 25th April, The Sun claimed Xavi had told them Guardiola was ready to plunder Alli from Spurs in a “record transfer deal” this summer.

As attributed to Xavi, the pertinent quotes were as follows:

I speak with Pep, and I know he thinks it is important to sign English players.

I am sure in the summer he will look also across Europe for players to improve the squad, but also I expect him to look in The Premier League as well.

At the moment the best English player there is and also one of the best in Europe is Dele Alli. We are looking at a very special player.

The comments led Tottenham manager Mauricio Pochettino to brand Xavi “his enemy” (also reported by The Sun) due to their pair’s contrasting alliances as far as Catalan football is concerned.

Xavi is in a period when he loves to talk, he’s in Doha and, listen, he was a Barcelona player. He’s my enemy.

He tried to destroy our focus to win because he hates me because he’s Barcelona and I am Espanyol.

However, lo and behold, Xavi has since rubbished the initial quotes entirely, promptly informing SPORT that he never even gave an interview to The Sun.

Xavi has told SPORT that he “never” gave an interview to The Sun, “never” spoke about the England international and, therefore, “neither” did he speak about City’s interest in him.

Now, there’s a chance that The Sun have been jilted after purchasing a bogus syndicated interview from an outside source, but let’s face it – it’s not like they don’t have a precedent for this kind of thing.

That said, the same could be said about Xavi when it comes to talking up players on Barca’s behalf.

In short, believe absolutely nothing you read or hear, ever.