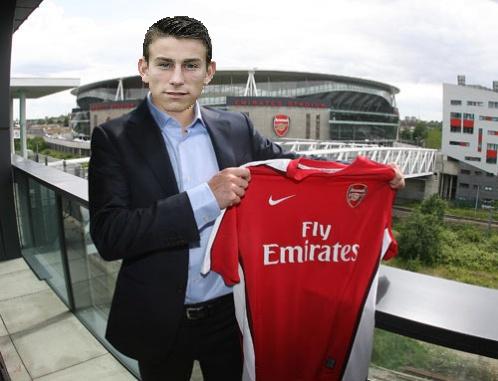 I have to come clean.

Until I came across Lorient defender Laurent Koscielny‘s name whilst compiling the transfer round-up a week or so ago, I’d never heard of him – and I imagine I wasn’t altogether alone on that front.

Over the past few days there have been various stories detailing the various offers that Arsenal may (or may not) have made for the 24-year-old, which culminated with the French outfit reportedly rejecting a €10 million bid for their highly-prized centre-back.

Now, some ten days after Arsenal’s initial offer was submitted, it would appear that Arsene Wenger is readying a third, more substantial, bid for Koscielny – believed to be in the region of €15 million.

€15 million would represent a fairly considerable profit for Lorient on a player they signed for just €1.5 million only twelve months previous, so I got to wondering – just what has Koscielny done in a year to inflate his market value by 1000%?

The answer I arrived at, after literally minutes of research, is ‘god knows’.

From what (admittedly little) I have seen, Koscielny looks to be similar to Birmingham’s Liam Ridgewell in his build and style (he can cover at full-back and weighs in with his fair share of goals), with the only noticeable difference being the exotic name – and in all honesty, would you pay €15 million for Liam Ridgewell? Nah.

I’m not saying Ridgewell is a bad player – I actually happen to rate him quite highly – but he’s not in the £10m+ leagues is he?

Koscielny apparently enjoyed an impressive season at the heart of the Lorient defence last term,  yet without making much of an impact outside of France – except, perhaps, for a fleet of Arsenal scouts.

Despite not being a particularly tall centre-back (I guess 6’1” doesn’t pass for ‘tall’ anymore) he is a dangerous presence at set-pieces, notching many of his goals from corners and free-kicks (Ridgewell?).

Although a French native, Koscielny qualifies to play for Poland through his parents’ nationality. He has snubbed advances from the Polish national team in the past but, after missing out of France’s World Cup squad, has since applied for dual citizenship.

Finally, and perhaps rather worringly for Arsenal fans, amongst the very few videos of Koscielny in action on t’web is this offering…

The video features the young defender being sent off after tangling with recent Gunners recruit Marouane Chamakh during his Bordeaux days.

To be fair, the red is very harsh – and Koscielny did score for Lorient during this very same game.

Obviously, it wouldn’t be fair of me to criticise a player I’ve never seen play, but I’d have to question whether Koscielny is truly worth in excess of £10 million.

He’s young and therefore has plenty of room for improvement (which he seems to be showing signs of on a yearly basis judging by the stats) but on the whole he looks a little too slight to be able to convincingly deal with the Didier Drogbas and the Kevin Davies of the Premier League on a weekly basis, although I said the exact same thing about Thomas Vermaelen and he turned out alright didn’t he?

I’d be interested to hear what the Arsenal fans out there think about this ‘ere prospective acquisition, seeing as though your manager is seemingly ready to go all out to secure his signature.

Do you reckon that Koscielny could be the man to shore up your defense? Or could that €15 million be put to much better use elsewhere?