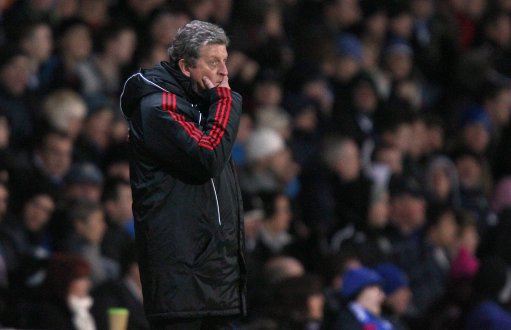 The general consensus in this morning’s national press is that Roy Hodgson may just have taken charge of his final game at Liverpool, with Wednesday night’s 3-1 defeat to Blackburn proving to be the final nail in his proverbial coffin.

Rather laughably considering their ‘previous’, the Sun are claiming to have an insider at Anfield who reckons that the beleaguered Hodgson gathered his players immediately after suffering his ninth loss in 20 games to distribute his goodbyes, although anyone who gives any credence to that particular strand of conjecture should probably get themselves tested for autism.

As well as all the doom-mongering, several replacements are being mooted, with Porto rookie Andre Villas-Boas, former Hoffenheim coach Ralf Rangnick, long-term suitor Frank Rijkaard, Bolton turner-rounder Owen Coyle and, of course, the ubiquitous Kenny Dalglish all being mentioned by name – though the Guardian seem adamant that even a stellar appointment may not be enough to persuade Spanish duo Fernando Torres and Pepe Reina jumping ship in search of silverware come the summer.

Whilst we’re on the subject, one-time Anfield target Marseille boss Didier Deschamps has formally ruled himself out of the race to inherit Woy’s poisoned chalice of shite, telling L’Equipe that he isn’t a ‘tramp’ and will therefore not be moving to Merseyside.