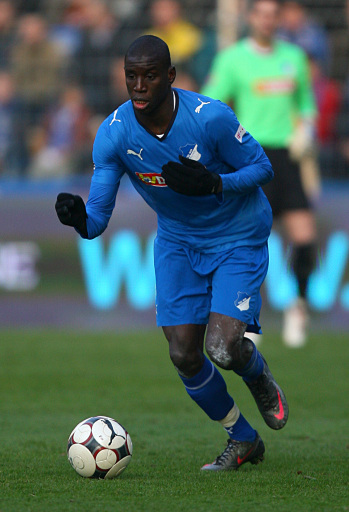 Senegalese striker Demba Ba has completed his move from Hoffenheim to West Ham, joining the club on a three-and-a-half year permanent deal (until June 2014), rather than on loan – as was first mooted.

“We are happy we can close the Demba Ba chapter. After much to-ing and fro-ing this solution is the best for all concerned.”

The man himself also had a word with West Ham TV upon his arrival at Upton Park, telling the Hammers’ in-house channel:

“It was a long story but now I’m happy because it had a really good end and I am glad to be here.

“I’m going to give everything to West Ham United. It’s a bit difficult to describe myself, but when I’m on the pitch I just give everything for the team I am playing for and the fans who support me.

“I like playing football, I like to be on the pitch playing good passes with the other guys and running with the ball, rather than playing in a direct style, so I should be able to fit in well at West Ham.”

‘Good passes with the other guys’? Oh dear…