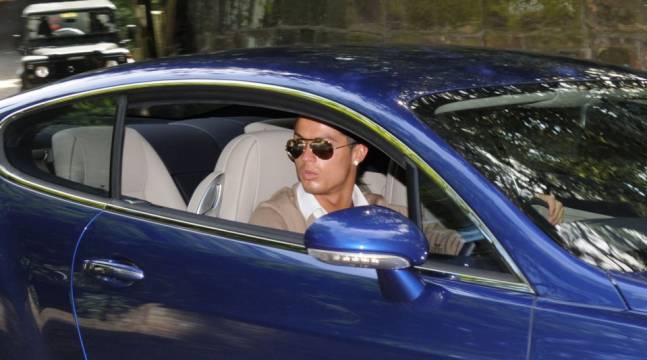 Not that anybody (except the Daily Mirror) ever thought he would for a split-second, but Cristiano Ronaldo himself has put the kibosh on rumours that he may be teetering on the edge of an exorbitant £150 million move to Manchester City, telling a Spanish radio station that ‘money isn’t the most important thing’ to him – no, hairgel is.

“It’s not bad, huh? I’m happy [at Real Madrid], I’m great, we have to think about it – I’m not going to City. I give you my word. I’m not going. Money is not the most important thing.

“The most important thing is the behaviour of the people and they treat me tremendously here and I am very happy in Madrid.”

This is Cristiano Ronaldo, who currently earns about £15 million year in wages alone, telling the world that ‘it’s not all about the money’.